Taj Jensen ’00 is Washington State’s 2015 Elementary Principal of the Year. 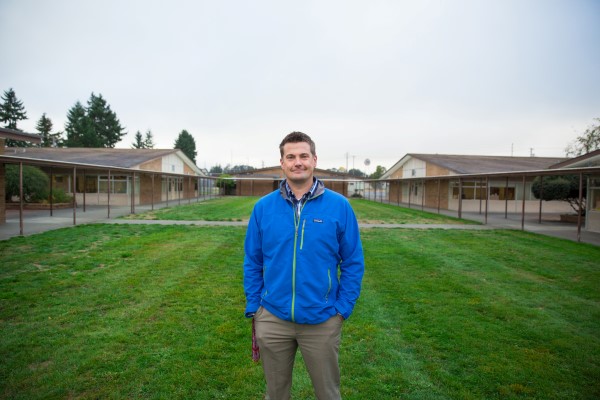 It’s not about winning awards—it’s about making a difference in the lives of children, says Taj Jensen ’00.

He was named the Washington State 2015 Elementary Principal of the Year for his work at Tillicum Elementary School in Lakewood. When Jensen found out about the award, he “was in shock,” he said.

“I just like to do my job and do it to the best of my ability.”

Now, Jensen is in his second year at nearby Tyee Park Elementary School, a priority school that is in the lowest 5 percent in the state academically. He is doing the same thing he did while at Tillicum: working with a core team to close the achievement gap in a challenging, low-performing environment.

“My passion is to turn schools around for the kids,” he said. “They deserve the best.”

Originally from the Tacoma area, Jensen said he had “aspirations of working in East L.A. or San Bernardino, in a low-income, high needs community, but he found an opportunity to teach in the same type of neighborhood in Washington. After five years as an elementary school teacher, he decided he wanted to enact change as a principal. 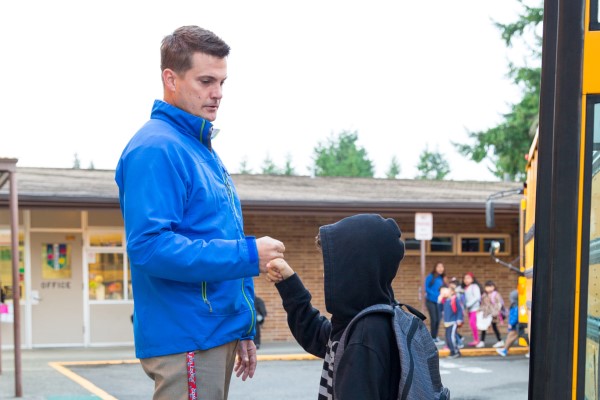 There was never any doubt that Jensen would embark on a career in education; while in high school, he worked with special needs kids, and throughout his time at Redlands, he tutored local students.

While at the University, Jensen was a member of Kappa Sigma and studied abroad in Salzburg, and he made waves during a stellar collegiate water polo career: He was a finalist for the Peter J. Cutino Award for National Men’s Water Polo Player of the Year and remains the leading all-time scorer in Redlands water polo history.

“Redlands was a good foundation,” said Jensen, a Bulldog Hall of Fame member. “I learned a lot while I was there, especially through the athletics department and Coach Tom Whittemore, who taught me perseverance, never giving up and seeing things through. Tom was a huge part of my success.”

"My passion is to turn schools around for the kids."