Many young girls dream of winning beauty pageants, attending college or achieving success in business. If you’re Shanice McKinley, you accomplish all three. 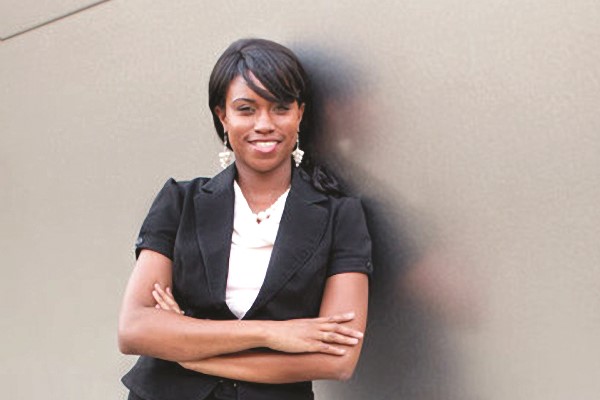 McKinley triumphed against all odds. Raised by a single mother on the tough streets of Compton, she could have become yet another victim of failed schools and crime-riddled neighborhoods. But her mother, whom she credits with much of her success, expected the best of her children, all three of whom have proven that hard work and clear goals can pay off regardless of one’s circumstances.

Entrepreneurial by nature, after completing her undergraduate study at California State University, San Bernardino, Shanice honed her business skills at University of Redlands, where she earned her MBA in 2010. She attributes her achievements as a Farmers Insurance agent as well as executive director of the Miss Compton pageant (which crowned her in 2010) with the business acuity she fostered through Redlands’ graduate school program.

“In my career, you have to know how to work with different kinds of people and personalities in order to get many different tasks completed,” McKinley said. “Redlands hosts many networking events and has smaller classes, which helps you prepare for working in a team setting and building relationships with other professionals.”

Like other success stories, McKinley believes in paying it forward by sharing her good fortune with her hometown. “I chose to get a degree in business because ever since high school, I always wanted to come back to my community and open a youth center,” McKinley said. “I believed a business degree would equip me with the skills necessary to follow my dream.”

This dream is beginning to take flight with her nonprofit, Filling the Lack, Inc., which runs the Miss Compton After-School Program at Roosevelt Middle School for girls ages 11-14. “In this program we teach young girls etiquette to help them build their self-esteem and confidence,” McKinley said. “We want to prepare these young girls to have the confidence to go after their dreams and goals.”

While the accolades and media attention are quite satisfying for Shanice McKinley, it’s the effect she can have on the youth of her community that brings her the greatest satisfaction. “I want people to know it doesn’t matter where you start off in life,” McKinley said, “It’s where you finish.”

“Redlands hosts many networking events and has smaller classes, which helps you prepare for working in a team setting and building relationships with other professionals.”