Guns and Saris opened doors into filmmaking for this alumna. 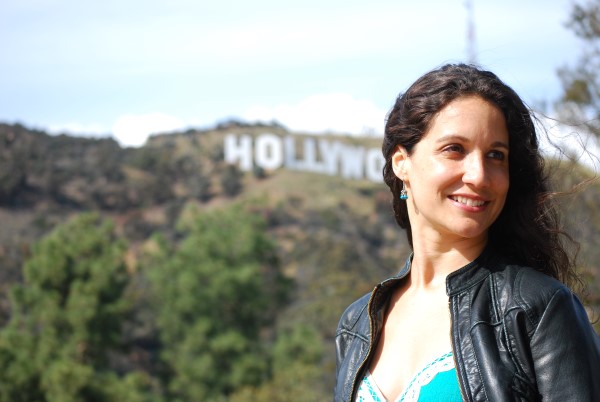 Tianna Langham ’97 would be the first to tell you there is no such thing as an overnight success in Hollywood.

Despite the fact that she has received a prestigious Nicholl Fellowship—possibly the best news a screenwriter can get short of winning an Oscar— Langham is reluctant to acknowledge that she is “a success.”

“It continues to be a struggle,” she says. “Warner Brothers is not exactly breaking down my door.”

On the other hand, it has given her some credibility with one important person—her mother, “who was always a little dubious about the whole movie thing.”

And oh yes, with one of the producers of Moneyball, last summer’s Brad Pitt biopic about Billy Beane and the Oakland Athletics.

“We were introduced and she immediately said she wanted to read our script because of the award,” Langham explains. “‘Really?’ I said.”

Guns and Saris, the script with the power to open previously impenetrable doors, was one of only five plucked from a record 6,730 submissions to the competition sponsored by the Academy of Motion Picture Arts and Sciences. Written with longtime collaborator Chris Bessounian, Guns and Saris concerns a young Indian woman who, in response to upper-caste violence, forms an all-female militia.

Based in fact, the story resonated for Langham, who was born in England with roots in India on her mother’s side. It obviously resonated with the Nicholl selection committee as well; At least two of the other scripts they chose had international settings and all five were intense dramas.

Fittingly, the film that most influenced Langham’s decision to pursue filmmaking also was a dark international drama: Schindler’s List.

“I went to see it with a bunch of girlfriends at Redlands and afterward we were completely silent, shocked, emotionally pinched,” Langham says. “And I thought, ‘Wow, that’s what i want to do—to make films with impact, that leave you with something to think about.’”

Langham’s family moved from Surrey, England, to Port Townsend, Washington when she was 12 years old. Both locations were frequently cold and damp, and when it came time to select a college, weather was a significant factor.

Among the Southern California colleges she considered, the University of Redlands offered the most accommodating financial aid package and an emphasis on study abroad programs, which appealed to her.

Langham majored in government and minored in psychology and after graduation worked at a Seattle law firm for a year before moving to Rio de Janeiro, Brazil, to make her short film and enrolling in the Los Angeles Film school.

There she met fellow writer Bessounian while working on a friend’s independent film production. They bonded immediately, due largely to Bessounian’s own international heritage; he was born in Khartoum, Sudan, to an Armenian family who then moved to Sydney, Australia.

The pair has collaborated on a number of short films and one feature, Detached, a contemporary take on A Christmas Carol with the Scrooge character portrayed by an unscrupulous mortgage broker who receives a series of anonymous holiday greetings on Christmas Eve and Day.

The story developed at least in part from Langham’s part-time work as a mortgage broker, which has kept body and soul together during the lean times.

Winning a Nicholl Fellowship does not guarantee a script will ever be filmed, let alone become a financial success. (Perhaps the biggest success story to come out of the competition in recent years is the acclaimed Akeelah and the Bee.) So Langham and Bessounian continue to knock on doors, hoping that one of them will finally open.

“In this business, you need something to distinguish yourself from all the other screenwriters out there,” Langham says. “And winning a Nicholl helps you—forever.”

"In this business, you need something to distinguish yourself from all the other screenwriters out there, and winning a Nicholl (award) helps you forever."

To see photos of langham at the Academy of motion Picture Arts and sciences ceremony, visit zimbio.com and search for “Tianna Langham.”