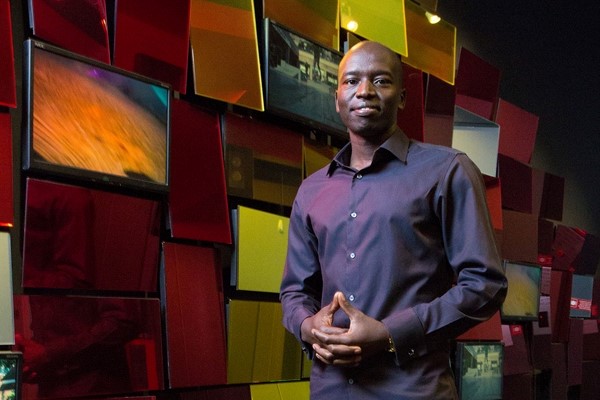 In 2008, Johnson Kosgei ’09 decided to take a leap of faith and move thousands of miles away from home to enroll in the University of Redlands MS GIS program.

It paid off. In 2009, Kosgei, a native of Kapsabet, Kenya, landed a job as a geographic information systems (GIS) specialist at Red Bull, the first person to hold this title.

“The University of Redlands was an amazing platform that first and foremost gave me the knowledge that I needed to go out there in any field,” he said. “Besides knowledge alone, having rubbed shoulders with the best of the best in this industry has led to incredible exposure to various resources. It prepared me not just to be at Red Bull, but to make use of technology wherever I go.”

Kosgei was first introduced to GIS while attending university in Kenya and began using it during an internship at the World Agroforestry Center. In 2006, he started working at the Green Belt Movement, a grassroots NGO focusing on environmental conservation and community development.

“GIS fascinates me,” he said. “Instead of looking at information the conventional way we know, there is a geographic perspective into how we approach our problems. For instance, at Green Belt Movement, this technology was really helping to make a difference in the lives of the people we were working with.”

In 2007, the CEO of Green Belt attended the Esri User Conference in San Diego. Kosgei went along, and while already familiar with the University of Redlands MS GIS program, decided to do some more investigating. The MS GIS program is recognized as being a leading institution in the field of GIS and recently received accreditation from the United States Geospatial Intelligence Foundation.

“I knew this was where one of my colleagues went to and that it is one of the best programs,” he said. “I wanted to meet people from Redlands and create that connection.”

Kosgei applied the next year and in May woke up one night and decided to check his email.

“Lo and behold, there is an email from the MS GIS program with the good news, that I had been accepted,” he said. “I didn’t believe it, and it took a few days to sink in. I was thrilled. In Kenya, if you don’t have an advanced degree or well-known research, your opinions will just remain opinions. I wanted to be able to make founded contributions and seriously pursue issues in the society.”

His Redlands experience was “intense,” he said, but extremely worthwhile.

“The first half of the program, it just flew by,” he said. “Failure, whining, or looking at the negative was not an option for me. It didn’t even occur to me. As much as I had to adapt and adopt new practices, I didn’t see it as stressful. It was an adventure and I looked forward every day to the new things coming my way.”

Most MS GIS students live in the same apartment complex, which helps foster a community spirit.

“There was closeness, and we were able to constantly collaborate because your classmate was right next door,” Kosgei said. “In some cases, you could call your professors and they would even stop by during after hours.”

When Kosgei graduated in 2009, the economy was down, but he was quickly hired for the job at Red Bull.

“I came aboard to introduce the organization into the world of GIS and location analytics,” he said. “At the end of the day, GIS is a tool that can be used to gain insights across all domains or Red Bull business. We are stepping in to make things more efficient and to drive fact-based decisions.”

When he’s not using GIS at work, Kosgei is volunteering with the Red Cross in Los Angeles, where he is improving its GIS infrastructure. He’s collaborating closely with counterparts in his county in Kenya to craft GIS policy for the local government, and is already looking ahead to how he can use GIS in the next chapter of his life.

“All of this experience can be transferred anywhere,” he said. “Everything I have learned I would like to take back home with me someday.”

Update: In early 2017, Kosgei advanced his career by moving on to a new opportunity as principal data scientist at SAG-AFTRA Health Plan in Los Angeles.

“There was closeness, and we were able to constantly collaborate because your classmate was right next door.”