From the beginning, the story of our University has been one of growth, change, and innovation. Through it all, our students have remained the central focus of a diverse and balanced academic experience that prepares them not merely to learn, but to lead.

Today, over 100 years after founder Jasper Newton Field proclaimed, “I am in favor of having a college that will be a credit to ourselves and to the state, or none at all,” Redlands continues to live up to his optimistic vision.

1907
The University is officially incorporated, choosing for its location a varietal grape vineyard in the young San Bernardino County town of Redlands. The University honors the original and continued Native caretakers of the Redlands area, the Yuhaviatam (Serrano) and Cahuilla, and today U of R programming and activities #HonorNativeLand. 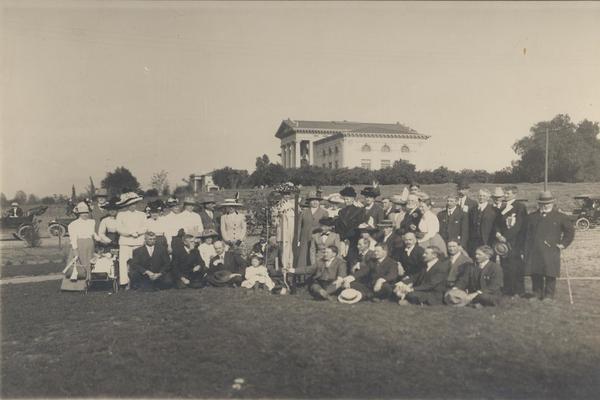 1909
The cornerstone is laid for the grand Administration Building at Inspiration Hill. Redlands’ first classes begin in the fall, with nine faculty members, 10 courses and 59 students. 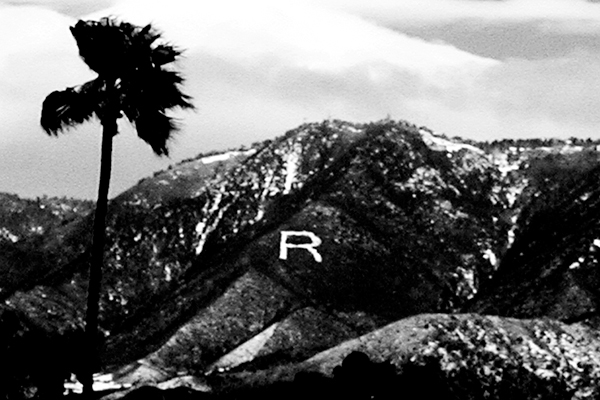 1913
A group of students clear over 100,000 square feet of land from a mountainside overlooking the university to establish the iconic Redlands “R,” which becomes an ongoing source of student, faculty and civic pride.

1917
The bulldog is adopted as the University’s mascot.

1920s
In a period of optimism and expansion, Redlands establishes many of its most enduring landmarks, including the Quad and new residence halls: California Hall, Fairmont Hall, Grossmont Hall, and Melrose Hall. These and other additions are financed largely in thanks to the generosity of donors.

1921
The “Och Tamale” chant is born, bringing together generations of Redlands students and alumni.

1924
The School of Education is founded when the University begins offering teaching credentials, joining an elite group of schools that included Stanford and Berkeley and becoming the only school in San Bernardino county with state approval to do so. 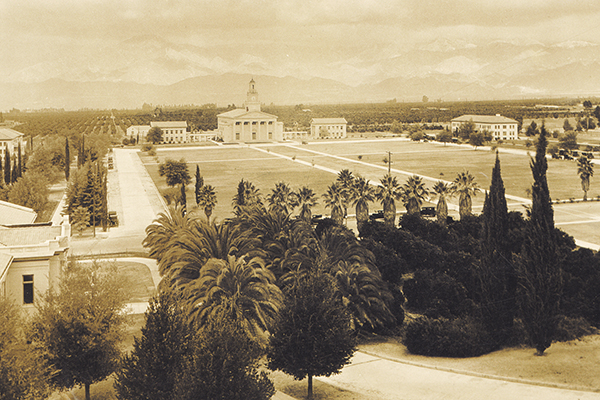 1928
The Memorial Chapel is dedicated at the north end of the Quad, becoming a new focal point for the University.

1947
The first presentation of the Feast of Lights is offered by J. Williams Jones, adjunct professor of church music, in Memorial Chapel—a service of worship celebrating, in spoken word, tableaux, song and instrumental offering, the birth of Jesus. The service concludes with the traditional Ceremony of Candles. 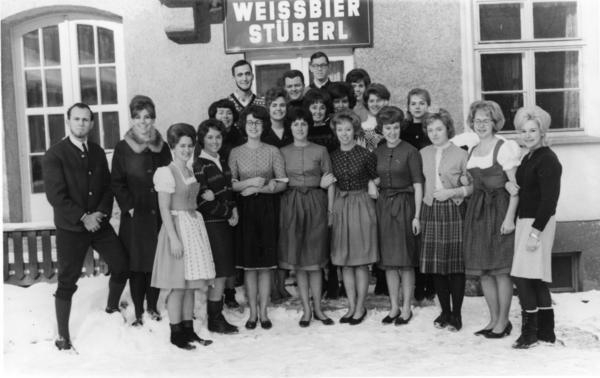 1959
Redlands launches the Salzburg Semester, a culturally enriching program that gives students the opportunity to study abroad in Austria. 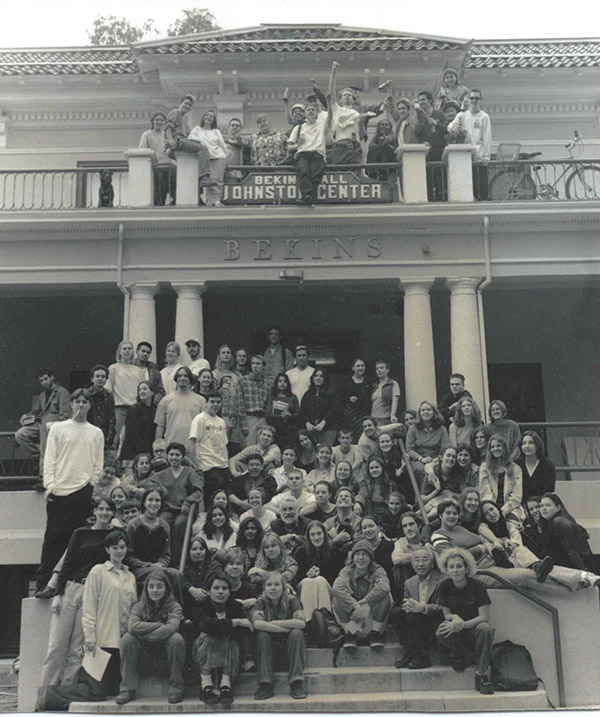 1969
Johnston College (later the Johnston Center for Integrative Studies) is founded, creating an alternative learning environment for students to pilot their own educational growth. Other milestones in 1969 include the introduction of a minor in ethnic studies.

1976
The Alfred North Whitehead College of Liberal and Career Studies (renamed School of Business in 2001) is created to meet the needs of older, non-traditional students, with classes held at Redlands as well as off-campus locations.

1982
The University joins with citizens of the Inland Empire to form Town & Gown, an organization comprised of members from both town and gown, to integrate the life of the University with the surrounding community. 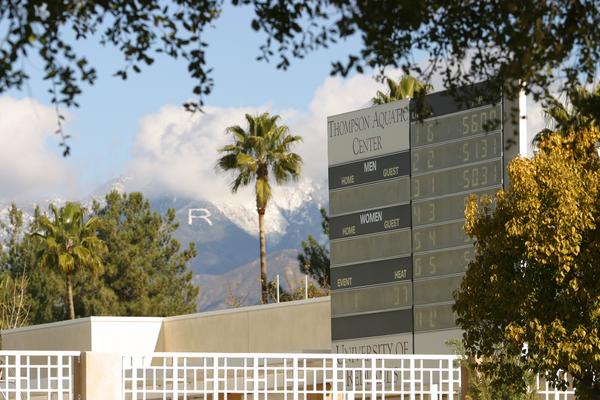 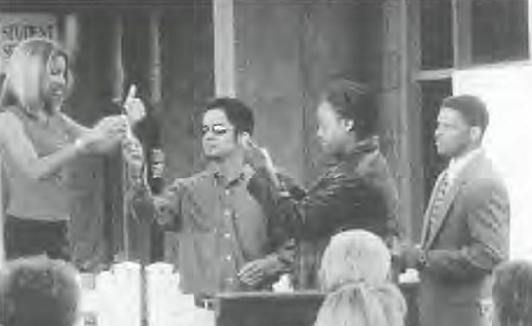 2001
After a student-driven effort, the Multicultural Center opens on the ground level of Armacost Library, symbolically in the center of campus, as part of the university’s ongoing effort of “creating a culture of dialogue and not silence.” Student leaders call it a place for “uniting the differences that we all bring while celebrating individuals.” The Diversity Office (now Campus Diversity and Inclusion) is launched in the same period. 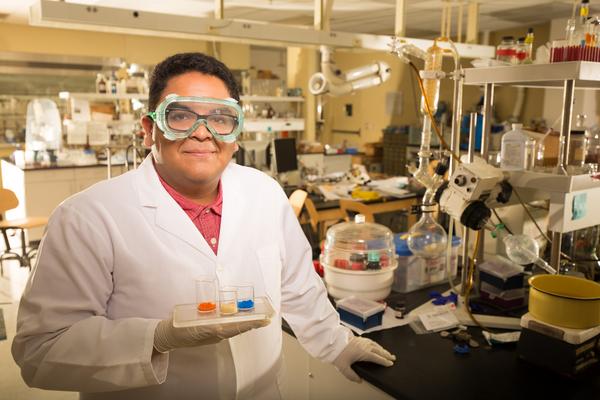 2006
The Stauffer Center for Science, Mathematics and Environmental Studies opens. 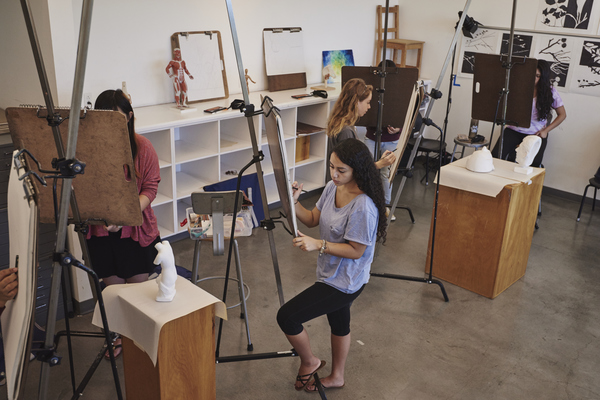 2010
The 42,000 square-foot Center for the Arts is dedicated, providing a cutting-edge space for art, art history and theatre programs. 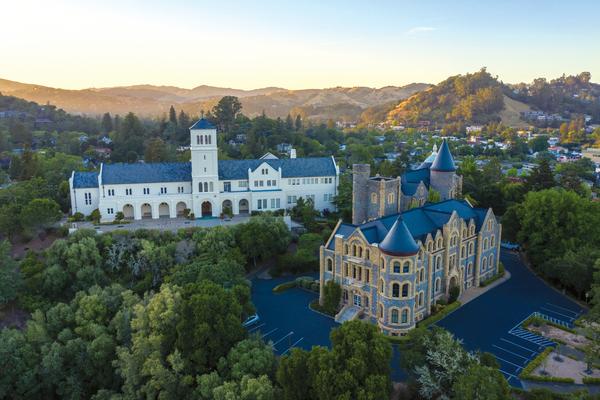 2019
The University of Redlands merges with the San Francisco Theological Seminary, creating the Graduate School of Theology and a U of R campus in Marin County.

2020
While rising to the challenges of meeting a historic pandemic, the University recommits to strengthening diversity, equity, and inclusion in its community.