Past Presidents of the University 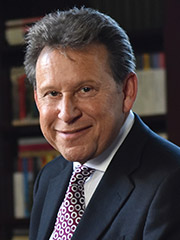 These included the establishment of the Rail to Redlands (including the construction of the station and planning for the surrounding University Village); the addition of the Marin campus and creation of the Graduate School of Theology through the merger with San Francisco Theological Seminary in 2019; the launch of the annual Our House event and booklet celebrating U of R’s scholarly and creative work; and the conception and near-completion of the $200 million Forever Yours campaign, the most ambitious fundraising campaign in the University’s history.

As a medical doctor by training, he was also uniquely positioned to help a university-wide team lead the University through the 2020-21 COVID-19 pandemic, when the U of R partnered with the local community on a variety of responses, including food donation, a walk-in medical clinic for the homeless, a COVID-19 testing center, and a vaccination clinic.  Dr. Kuncl—or “Dr. K” as he was often called—was also known for his extensive mentorship and professional support of faculty, staff, and students.

A vocal performer in the Baltimore Choral Arts Society for 20 years and passionate musician, some of Dr. Kuncl’s fondest memories of his presidency are musical.

Before joining the University with his wife, Nancy Kuncl, Dr. Kuncl served as Provost and Executive Vice President as well as Professor in the Departments of Neurology and Brain and Cognitive Sciences at the University of Rochester in New York.  The majority of his early career was spent at The Johns Hopkins University School of Medicine, where he served as Professor in the Departments of Neurology, Pathology, and Cellular and Molecular Medicine.  While at Hopkins, he received international recognition in the study of amyotrophic lateral sclerosis, or Lou Gehrig’s disease, for laboratory discoveries of important disease mechanisms that helped rationalize its first effective treatment. 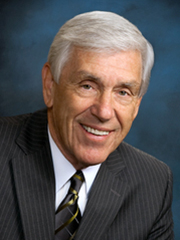 On May 15, following the resignation of the ninth president, Dr. Stuart Dorsey, the Board of Trustees reappointed Dr. Appleton to a two-year term as president of the University.

Dr. Appleton made a personal commitment to teaching. He has taught graduate courses that focus on issues and trends in higher education, and his expertise in the study of leadership has formed the basis for first-year seminars and students' independent studies.

Dr. Appleton served on several boards and committees. He served on a UNESCO working group from 2001-03. He served for many years on the executive committee of the board of the Washington-based National Association of Independent Colleges and Universities and the President's Council of NCAA. He is a trustee at two international universities, USIU-Africa and Forman Christian College (FCC) in Pakistan. He received his undergraduate degree from Wheaton College in Wheaton, Ill. He earned a master's degree and a Ph.D. from Michigan State University. 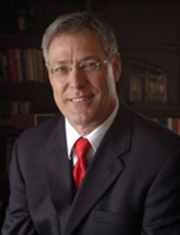 Dr. Stuart Dorsey served as the ninth president of the University of Redlands from 2005-10.

Before these appointments, he was an associate professor of economics at West Virginia University and assistant professor of economics at Western Illinois University. From 1982-84, Dr. Dorsey served as chief economist for the U.S. Senate Committee on Finance and its chairman, Senator Bob Dole, where he worked on a wide range of policy issues, including federal budget deficits, tax reform, and social security and other entitlement programs.

In 1980-81, he was a research economist for the U.S. Department of Labor, Pension, and Welfare Benefit Programs. Dr. Dorsey's research has been supported by the U.S. Department of Labor, the Center for Economic Development at West Virginia University, and the W.E. Upjohn Institute for Employment Research. Dr. Dorsey is co-author of "Pensions and Productivity" (with Christopher Cornwell and David Macpherson). He has written numerous articles in such publications as The Journal of Labor Economics, Journal of Human Resources, Southern Economic Journal and Industrial and Labor Relations Review. 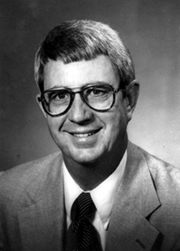 The seventh person to serve as University president was Douglas R. Moore. Moore earned his undergraduate degree at Texas Wesleyan College in Fort Worth, Texas, in 1950. Seven years later he completed a bachelor of sacred theology degree at Boston University School of Theology, and was conferred his Ph.D. in psychology and counseling by Boston University in 1964.

Before coming to Redlands, he worked as a Methodist minister and college professor. At University of The Pacific in Stockton, Calif., Moore served as dean of students and later provost of Callison College, and was appointed president of Mankato State University in Minnesota in 1974. Beginning in 1978, his time at Redlands proved to be pivotal for the University, and presaged the success the University would find in the 1990s and early 2000s. President Moore passed away while serving the University in 1987. 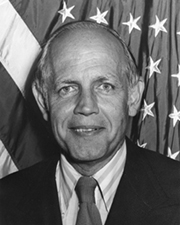 Eugene E. Dawson began as the sixth president of the University in 1970. Armed with a bachelor's degree from Kansas State Teachers College in Kansas and a degree in theology from Harvard, he earned his Ph.D. in psychology at Boston University.

Dawson taught and served as an administrator at Kansas State Teachers College before an appointment as president of Temple Buell College in Denver, Colo. While at University of Redlands, Dawson presided over the founding of Whitehead College, which provided educational opportunities for non-traditional students. Dawson left the University in January 1978. 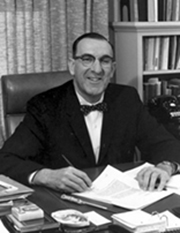 Armacost graduated from Dickinson College in Pennsylvania, where he majored in chemistry with minors in physics, history, and social science. He earned his Ph.D. from Columbia University in 1940 and subsequently taught and served as an administrator at the College of William and Mary in Williamsburg, Va.

During Armacost's tenure the University experienced substantial growth. The student body increased from just over 1,100 students to more than 1,700, and the campus itself grew, with 21 buildings constructed during the period, including Watchorn Hall for the School of Music, Hornby Hall for science, and residence facility Cortner Hall.

Study abroad and the Salzburg Semester, a hallmark of the University's program, began in 1959-60. Johnston College, envisioned as a collateral college within the University, and its entire structural complex of East Hall and West Hall (now Williams Hall) and Orton Center, was born out of societal changes in the 1960s. George Armacost and his wife Verda continued to be actively involved in the life of the University after his retirement, and Armacost Library is named in his honor. 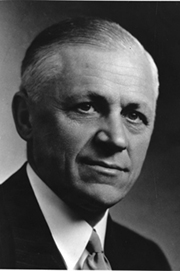 Following his service in China, he became president of Linfield College in McMinnville, Ore., and was selected to be president of University of Redlands in the spring of 1938. President Anderson ably led the University through the end of the Great Depression and during WWII and was instrumental in Redlands becoming a site for the U.S. Navy's V-12 training program. Students during the period developed the chant "kneel and pray with Elam J.", a reference to his strong Christian principles. President Anderson died in August, 1944. 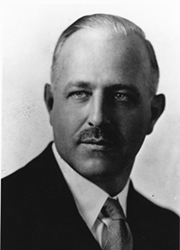 Clarence Howe Thurber was born Sept. 18, 1888 in Guilford, Vermont, and completed his undergraduate degree at Colgate University in N.Y., achieving membership in Phi Beta Kappa. He then taught at Phillips Andover Academy, Wabash College, and Purdue University, and in 1920 began graduate study at Columbia University, completing his Ph.D. in 1922.

He then went on to teach at Syracuse University, and in 1930 was hired as dean of the faculty, director of the educational program, and head of the department of education. Upon ascending to the presidency at University of Redlands in 1933, Thurber brought more than a decade of university administrative experience as well as a new philosophy and teaching methods to the school. President Thurber and his family left the University following the end of the spring semester in 1937. 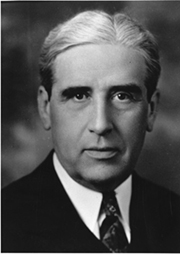 Victor LeRoy Duke earned his A.B. degree from Shurtleff College, a Baptist school in Alton, Ill. in 1897, followed by a master's degree in 1903. At Shurtleff he taught mathematics for 12 years after completion of his undergraduate degree. In 1909, President Field hired Duke to teach math at University of Redlands. In addition to his role as professor, Duke played on men's athletic teams during the early years of the school in order to ensure enough players on the field.

He was promoted to dean of the University in 1913 and was appointed president in 1914, serving in that capacity until his death in 1933. During Duke's presidency, the University experienced remarkable growth both in the student body and the campus itself, with such notable buildings as the Hall of Science (later renamed in his honor), the Hall of Letters, Currier Gymnasium, and Memorial Chapel constructed in this period. 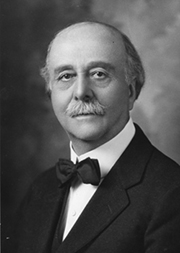 Jasper Newton Field was born in 1855 on a farm in rural Ohio. Ordained in 1878 by Union Regular Baptist Church in Union County, Ohio, he earned a bachelor of science degree from Denison College in 1883. He went on to earn a bachelor of divinity degree from the Baptist Union Theological Seminary of Morgan Park, Ill. in 1888.

During his career as a minister, he served in Urbana, Ohio; Canton, Ohio; Buffalo, N.Y.; and Fort Wayne, Ind. before becoming the minister at the First Baptist Church of Redlands in 1906. He quickly became involved within the community and was appointed chairman of a commission to establish a Baptist college in Southern California the same year.

The young town of Redlands was selected as the site for the school, and Field became the first president of University of Redlands on March 1, 1909. Following the appointment, his alma mater Denison University conferred upon him the degree Doctor of Divinity in honor of his new position. He served as president of the University until 1914.

Two of Field's daughters numbered among the earliest graduating classes of the University. After leaving the presidency, he and his wife Adelaide moved to Los Angeles and then to Cleveland, Ohio. The Fields returned to Redlands in the mid-1920s, and in 1926 he became the minister of Calvary Baptist Church in San Bernardino, where he served until his death in 1929.