The university administrator and Redlands alumnus is the youngest person ever to enter the George P. Cortner Heritage Society. 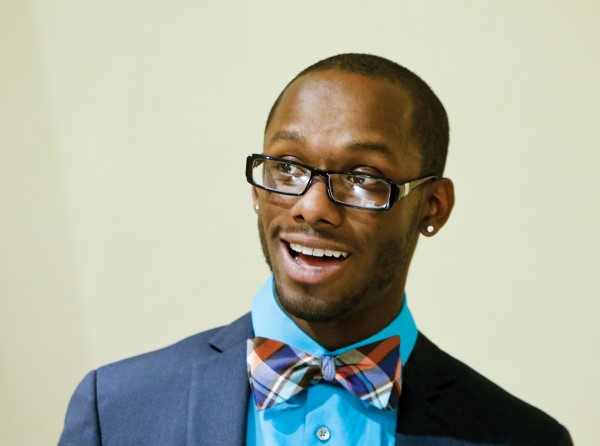 The first time Rick Daily ’11 stepped on the Redlands campus was such an important moment for him that he remembers the exact date: “It was June 5, 2007—I know, because it was my birthday,” he said. While his twin brother, Nick ’11, had previously visited Redlands, that day was Rick’s introduction to the campus.

A native of Colton, Calif., Rick initially wanted to attend school farther from home. However, several figures in Rick’s life encouraged him to consider Redlands, including his drama teacher, the store manager at the Stater Bros. where he worked, and even several customers whose groceries he bagged.

Originally intending to study music education, Rick had been active in choir and band but never learned to read music. “I just couldn’t fake it in my music theory classes,” he said.

After a tough first semester, he began dabbling in Johnston classes where he discovered his true educational pathway. In addition to his active engagement with the Johnston Center community as a student, he was also involved in ASUR Senate, the PRIDE Center, RYG and the Admissions Host program. 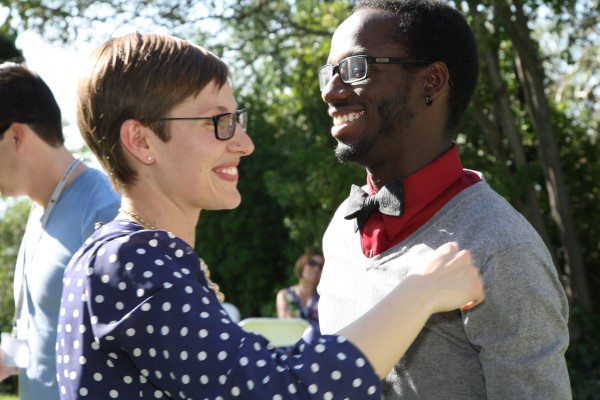 Rick’s degree hangs in his office at SOKA University, where he is assistant director of admissions and outreach. He stays connected to his alma mater through his younger sister, Jewel Patterson ’16, and is a member of the Alumni Board.

“It helps grow how I think about my profession while shaping how I view Redlands,” he said.

By including the University as a beneficiary of his IRA at the age of 26, Rick has become one of the youngest members of the George P. Cortner Heritage Society, which recognizes donors who have made commitments through their wills or deferred gifts.

“As a Bulldog for Life, I am continually reflecting on what Redlands gave me. The value of a liberal arts education is so important, and I want to ensure others have that experience.”

Rick recognizes that giving might seem difficult for recent graduates. “You still view yourself as a ‘poor college student.’ Every expense is painful,” he said.

But with possibilities like monthly or deferred giving, Rick encourages fellow Bulldogs to consider these “painless” options. “I hope young alumni take an opportunity to give back,” he added, “especially when they think about what they received from Redlands.”

For more information on monthly giving or leaving your legacy at the University of Redlands like Rick, please contact Associate Vice President for Development Ray Watts at 909-748-8358 or ray_watts@redlands.edu.

"I hope young alumni take an opportunity to give back... especially when they think about what they received from Redlands."