This Redlands music major is making his living singing and acting on Broadway.

In 2016, Nathan Riley ‘10 traded orange trees for the Rockefeller Center tree when he joined the Radio City Christmas Spectacular ensemble.

“It’s a huge accomplishment for me, as the casting of the show can be pretty competitive, so I’m grateful for the opportunity,” said Riley, an actor, singer and dancer, who sang and danced in the iconic New York City production.

“It’ll definitely be the highest profile show I’ve had the privilege to be part of to date. I’m so looking forward to spreading that holiday spirit alongside those high-kicking Rockettes," he said before the performances began.

Riley majored in music, minored in theater and studied biology abroad in Salzburg. He worked in the facilities department every summer, learning valuable electrical and carpentry skills and also performed in productions of Macbeth, La Traviata, The Fantasticks and L’Elizir D’Amore. 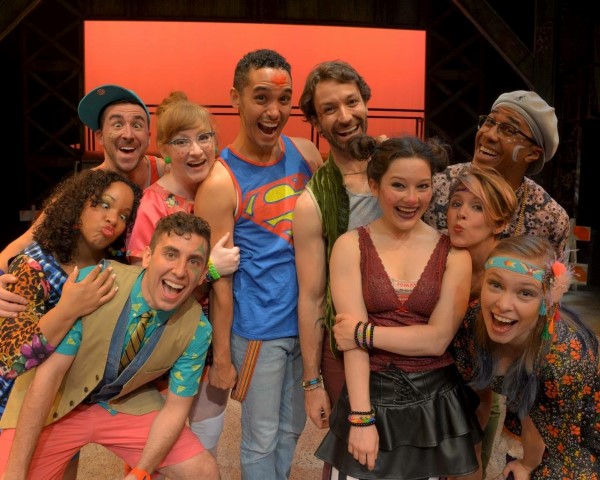 Riley also had a very special classmate—his mother, Marté Riley ‘08—who transferred to the University to finish her bachelor’s in vocal performance the same year Nathan began his studies.

After roles in Hairspray, Guys and Dolls, The Man of La Mancha, Mixtape and How the Grinch Stole Christmas, Nathan landed at Disney’s California Adventure, appearing in Aladdin: A Musical Spectacular.

In January of 2017, he decided to “take the plunge” and move to New York City.

“It was the best choice for me career-wise as there are so many opportunities here in NYC for performers that it truly keeps you motivated, and the arts and culture keep you inspired,” he said. “I just finished up a production of Godspell at Westchester Broadway Theater this summer, and I am also a cast member of 'Disney in Concert,' a group that travels all over the nation and internationally to sing favorite Disney songs.

“I’ll also be working on creating my own cabaret show,” he said. “But mainly I just hope to continue to grow creatively and continue to tell great stories.” 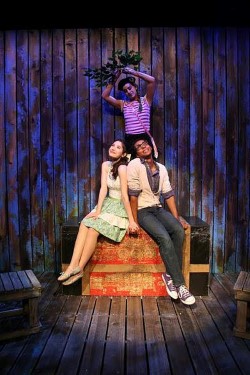