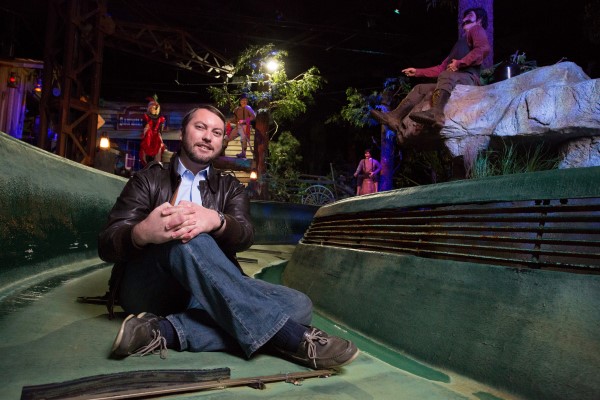 As the award-winning creative design director at Garner Holt Productions, Bill Butler ’08 is living his dream.

The Redlands native puts together original concepts for attractions, shows and displays at theme parks like Disneyland, Hong Kong Disneyland and Knott’s Berry Farm. One of his recent projects was the redesign of Knott’s Berry Farm’s Timber Mountain; the log ride now has a story line and 60 new animatronics, and Butler’s voice can be heard in one section.

“Personally, it is one of my favorite rides, so it was surreal to have a major influence,” he said. “It’s spectacular.”

As a sophomore at Redlands, Butler spent time as an intern at San Bernardino-based Garner Holt.

“It was great, the ultimate internship,” he said. “I was able to do everything from build figures and program them, create costumes, come up with concepts, write, and attend trade shows. I literally did every job at the shop.”

After graduating with his bachelor’s degree in creative writing, Butler began working at Walt Disney Imagineering in September 2008. After four days, he decided that while it was the job he always wanted, it wasn’t the right fit.

“On the way home from Disney, I stopped by Garner Holt to see if there were any openings, and I’ve been here ever since,” he said.

Butler’s life is the way he imagined it as a child, when he would build Lego theme parks in his room. His family would often go to Disneyland, and after several visits, Butler started noticing all of the little details that make the park so magical.

“It was fascinating, thinking about the people designing all of these things,” he said. “I became obsessed with working in that type of world. There has never been a time when I didn’t want to design theme parks.”

He took that passion and used it in each class that he took at Redlands.

“Everything I did had to do with theme parks,” he said. “I would take history classes to write about them, and theater design classes where I would design a ride instead of a stage. I would skew every class towards that instead of doing the original assignment.”

Butler was able to do this because his professors were willing to work with him.

“They were very open with their students,” he said. “Successes were made possible because my professors were flexible.”

"There has never been a time when I didn’t want to design theme parks."

Bill Butler's creations can be seen on the Timber Mountain log ride at Knott's Berry Farm. 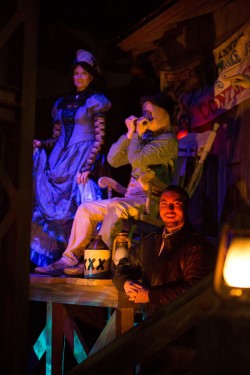 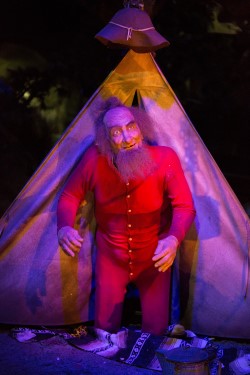 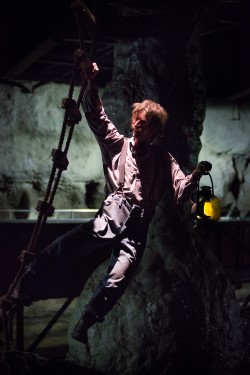