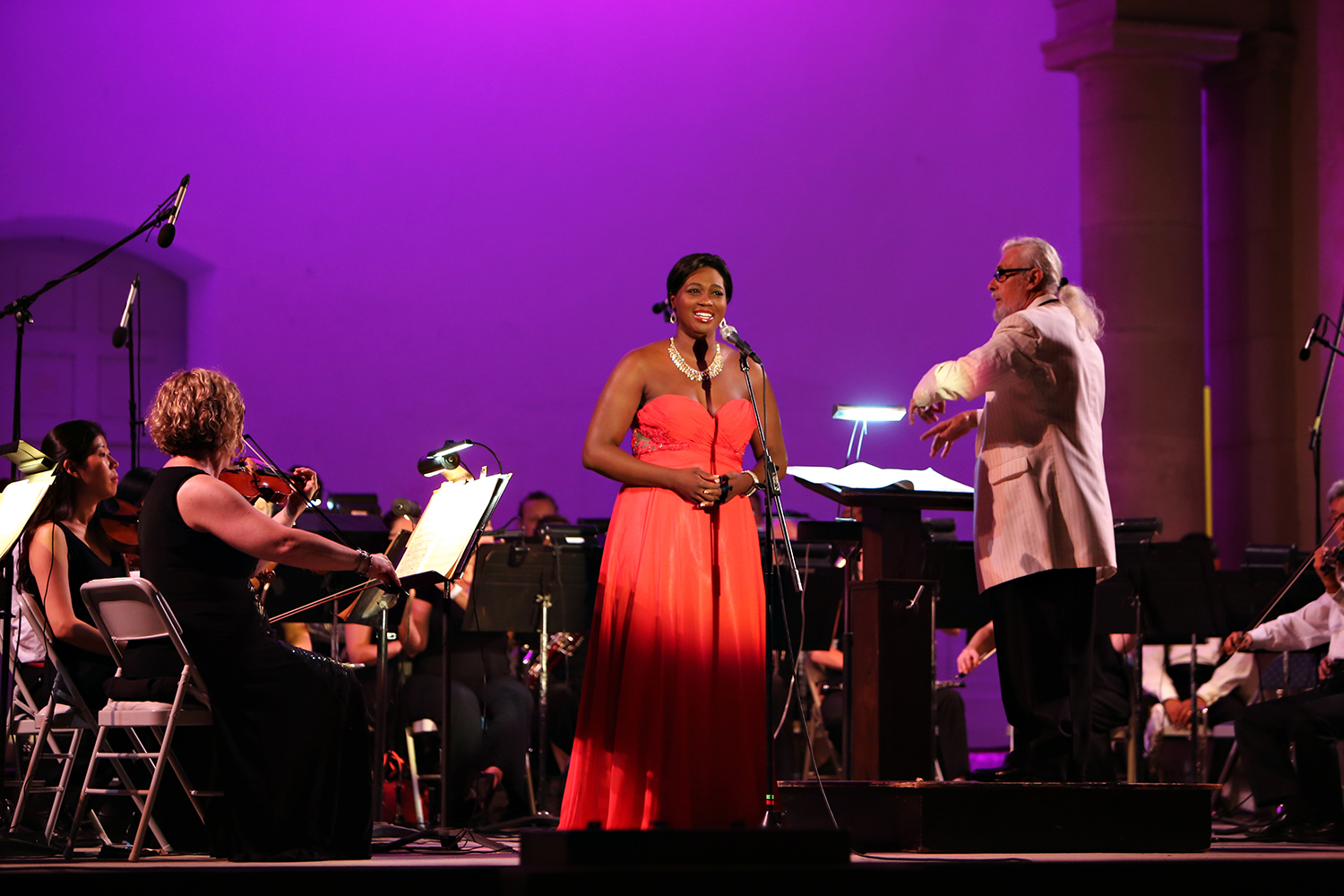 Angel Blue performs at the Redlands Bowl in July 2017.

Before she wowed audiences across the world with her impressive voice, opera singer Angel Blue ’05 was a music student at the University of Redlands.

“That small Redlands campus really paved the way for my future; all of the things I studied there, I’m currently doing professionally,” she says. “I had a very supportive group of people around me, and not just in the music department. The faculty was wonderful.”

Growing up in Apple Valley, California, Blue, whose father was an opera singer, knew she wanted to become a classically trained artist.

“Music has always been a part of my life,” she said. “I can’t recall a time when I didn’t know I wanted to sing.”

And sing she has. Since graduating from Redlands, Blue has performed on some of the biggest stages in North America, Europe, and Asia, tackling roles in La Boheme, Don Giovanni, La Traviata, and Porgy and Bess. This year, Blue will perform the role of Mimi in La Boheme for the 32nd time in her career, and has signed a four-season contract to perform with the Metropolitan Opera in New York City.

“I feel really blessed to be working,” she says. “Even just a few years ago I didn’t think I would be doing anything like this.”

Blue received a Masters of Music in Opera Performance from the University of California, Los Angeles. While at UCLA, she auditioned and was accepted into the Los Angeles Opera’s young artist program.

“It was a totally new program, and it was a privilege to sing for it,” Blue says.

Through the Los Angeles Opera, Blue was able to meet and work with general director and famed tenor Placido Domingo, who continues to be a part of her life. Her first three jobs after graduating from the program “came from the Los Angeles Opera telling other companies about me,” she says.

By surrounding herself with other talented singers, Blue has grown as a vocalist. “When you are younger, you don’t work as hard and just get by on talent,” she says. “I was kind of like that. I’ve learned now with traveling and being in so many places, everyone is talented, and it makes more sense to really try to hone your talent.”

As Blue heads towards her future in opera, she doesn’t forget her past. She has many memories of her time at Redlands, including living in Bekins Hall, where she met her husband, and studying Hebrew with Dr. Bill Huntley and speech with professor Ben Dillow. “Because of what I learned in Ben’s class, I’m now a BBC presenter,” she says.

Blue fondly recalls singing with the Redlands Symphony Orchestra and the connection she made through music with former President James Appleton. Blue and other students and faculty members would come to his office for impromptu performances at lunch, but what really stands out is the acknowledgment she received on stage.

“Dr. Appleton came to my debut at the Redlands Symphony, and that night I received a standing ovation,” she says. “My mom said, ‘You know the president of your school started that.’ That felt wonderful.”

“That small Redlands campus really paved the way for my future; all of the things I studied there, I’m currently doing professionally."