William "Bill" Torrey joined the University of Redlands in October 2022 as interim vice president for advancement, following a long career in higher education. He was the senior vice president for planning and development at Bowdoin College in Brunswick, Maine for more than 20 years. During his tenure, the programs he oversaw raised more than $700 million and his responsibilities included oversight of Public affairs and communications, alumni relations, facilities management, and secretary of the college for the board of trustees, in addition to his leadership of development.

Following Bowdoin, he served Bentley University in Waltham, Massachusetts for seven years as vice President for University Advancement, with responsibility for career services and the Center for Women and Business, in addition to advancement.

Since that time, he has served in interim capacities as vice president for advancement at Holy Names University in Oakland, California and McDaniel College in Westminster, Maryland, where he led the restructuring of university advancement divisions for the respective schools.

He holds a B.A. and M.S. Ed. from Bucknell University.

Office of the Vice President for Advancement 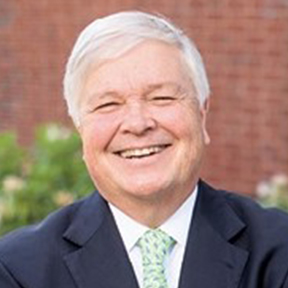