Dr. Steven Wuhs assumed the position of Interim Dean in January 2021. He has been a member of the University of Redlands community since 2003, when he joined the Department of Government as a professor of Latin American Politics.

Wuhs’s research focuses on the development of political parties in new democracies, initially in Mexico (published as Savage Democracy: Institutional Change and Party Development in Mexico, Penn State Press, 2008). He was later funded by the Alexander von Humboldt Foundation (Germany) to investigate the processes of party development in the former East Germany in the wake of Germany reunification. His current research, with Professor Jennifer Nelson in Women’s, Gender, and Sexuality Studies Program, investigates the development of reproductive politics in Mexico. His teaching interests focus on democratic development and research methods, and he has particularly enjoyed teaching the capstone course in Political Science and a Spanish-language course on Mexican Politics.

Wuhs joins the Dean’s Office after five years serving as the Associate Provost for Internationalization at the Redlands, a post that shaped study abroad, risk management, curriculum, and recruitment and support for international students at the University. Previously, he had directed the programs in Political Science, International Relations, and Latin American Studies. Wuhs was the Chair of the College of Arts and Sciences Faculty Assembly from 2014-2016, and co-directed the Salzburg Semester program from 2010-2012.

Steven Wuhs earned his B.A. in Sociology and Spanish from Macalester College, and his M.A. and Ph.D. in Political Science from the University of North Carolina-Chapel Hill.

The dean of the College of Arts & Sciences provides leadership and works in collaboration with faculty and students to sustain effective teaching and learning, review and manage the College curriculum, and promote faculty development with the undergraduate programs of the College, which includes the School of Music, Johnston Center for Integrative Studies, and the MSGIS program. He has oversight responsibilities in the faculty review process and is responsible for management of the College budget. The dean and associate dean coordinate a range of academic support needs, with department chairs and academic program directors, Student Life, the Registrar, Facilities, Business and Finance, and Development. He represents the College in University-wide academic policy and decisions via the Dean’s Council and serves on the President’s Cabinet. 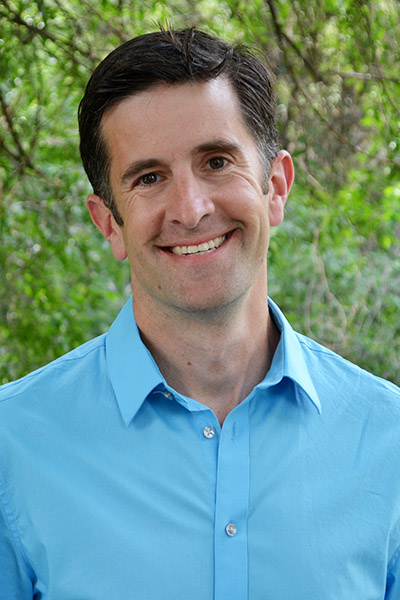