Dr. Thomas A. Horan joined the University of Redlands in July 2017 as dean of the School of Business & Society, where he also holds the position of H. Jess and Donna Colton Senecal Endowed Dean’s Chair. Horan provides leadership for the school’s strategic efforts to foster high-quality business education in Redlands, throughout California, and online. Horan also plays a leadership role in linking technology (including Geographic Information Systems (GIS)) and business education, as well as steering professional (non-degree) business education opportunities.

Prior to joining the University of Redlands, Horan served on the faculty at Claremont Graduate University (CGU) for 22 years. In 2011, he was appointed as dean of the School of Information Systems and Technology, and in 2015 he became dean of the Drucker School of Management. He also co-directed the university’s Transdisciplinary Studies program as well as Big Data and Creativity Initiatives from 2014 to 2016. In the area of GIS, he taught one of the first CGU courses in GIS in 1997 and over the subsequent two decades shepherded the growth of its GIS curriculum and Advanced GIS Lab.

Horan’s research and professional work has been at the intersection of management and technology. He has approximately 30 years of experience in designing, implementing, and evaluating technologies and has led several initiatives in health care, supply chain, and transportation. His work has been featured at the U.S. White House and has been sponsored by numerous organizations, including the California HealthCare Foundation, Blue Shield Foundation, U.S. Social Security Administration, National Science Foundation, United Nations Development Corporation, Mayo Clinic, Kay Family Foundation, Inland Empire Health Plan, and Getty Leadership Institute. Horan has also assisted numerous start-ups such as Smart Traveler and Interactive Radio, as well as large companies such as Salesforce.com and BNSF Rail.

Horan has been a visiting scholar at Harvard University, Massachusetts Institute of Technology, Hong Kong University, University of Hawaii, and University of Minnesota and has served in numerous advisory positions in the United States, Middle East, and Asia. Prior to joining academia, Horan served as a senior analyst for the U.S. Congress’s Government Accountability Office, where he led a series of studies that contributed to the development of a $1 billion public-private technology R&D program.

The dean provides leadership for high quality business education through faculty teaching, research, and service efforts. He is responsible for all academic and outreach efforts by the School, which include enhancing corporate relations, developing a robust and participatory alumni network, extending the connections between the School of Business & Society and alumni and business communities, and developing business leaders in the liberal arts tradition, including core themes of the purposeful and ethical leadership, sustainable and global practices, and spatial analytics and technologies. The dean also provides leadership for professional and continuing business education opportunities and collaborates closely with enrollment management and operations in pursuing the School's strategic plans for continuing enrollment growth among working professionals throughout California and online. 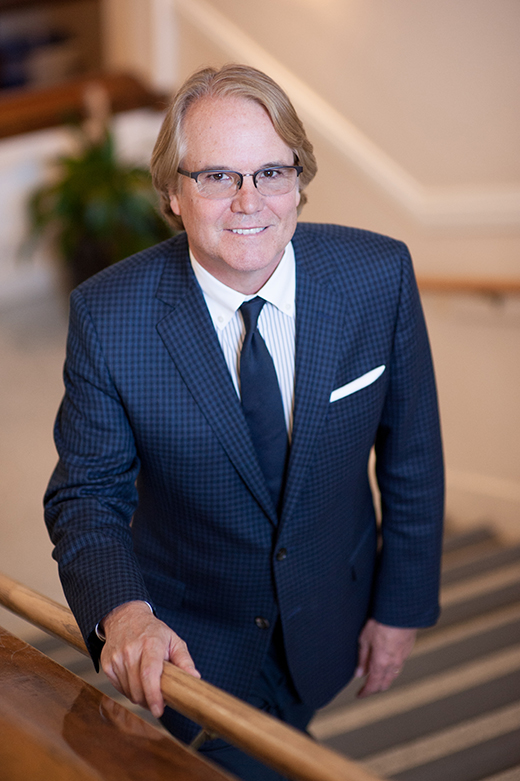