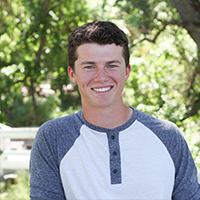 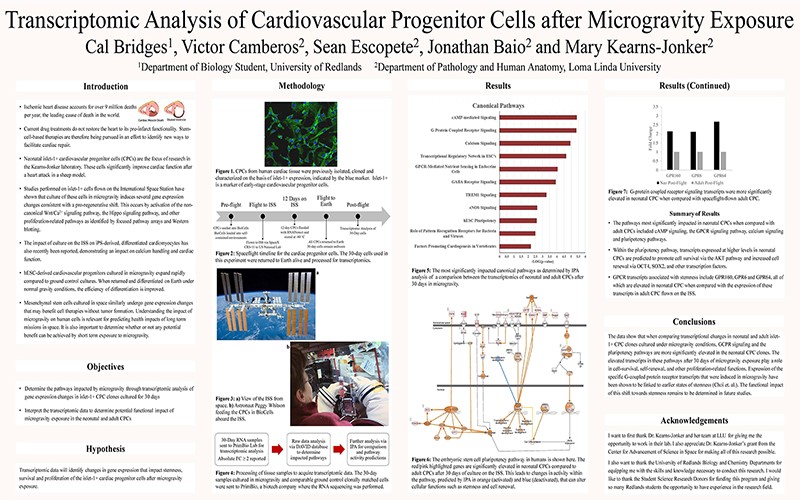 My summer research project consisted of a transcriptomic analysis of cardiovascular progenitor cells that were cultured for 30 days on the International Space Station. I was given a list of over 20,000 genes that had changes in expression after the 30-day space flight. RT-PCR data of these cells had been previously collected and analyzed by the Kearns-Jonker laboratory from this experiment, so I first compared the transcriptomic data to confirm the data trends were similar. I then utilized the DAVID Bioinformatics database to interpret the transcriptomics and find any impacted pathways. The most affected canonical pathways in adult and neonatal CPCs were pluripotency-related pathways and the G-coupled protein receptor signaling pathway. I then put the data into the IPA database to determine the potential functional effects of microgravity exposure with their activity prediction capability. The adult and neonatal data showed similar lists of genes affected in regeneration-related pathways, but a comparison between the two data sets highlighted a more significant change in expression for neonatal cells. This data suggests that neonatal CPCs are more responsive to microgravity treatment as a precursor for stem-cell based treatments post-infarct, but functional analysis is still needed.