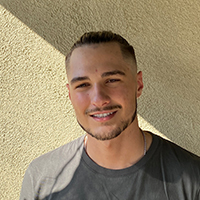 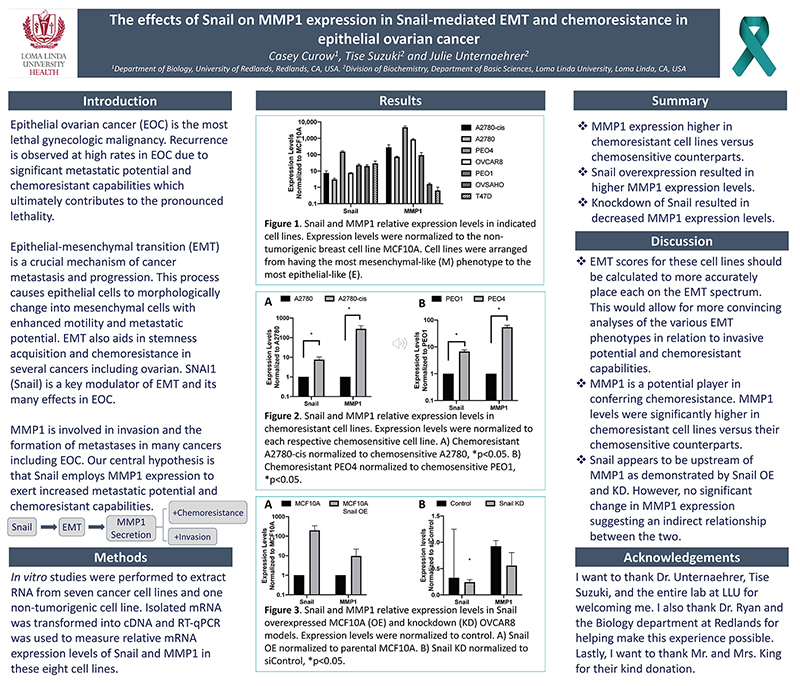 Epithelial-mesenchymal transition (EMT) is a crucial mechanism of cancer development and progression in many cancers including epithelial ovarian cancer (EOC). The transcription factor SNAI1 (Snail) is a key modulator of the EMT process and Snail expression is known to provoke several effects including enhancement of metastatic potential, resistance to chemotherapeutic drugs, and the acquisition of stem cell-like characteristics. The effects of matrix metalloprotease 1 (MMP1) needs to be also considered in EOC progression. This is because high MMP1 expression is known to promote invasiveness and formation of metastases in several cancers, but its exact role in EOC has not been fully elucidated. MMP1 has been reported as a downstream target of another pertinent EMT transcription factor named Slug in breast cancer. Therefore, we postulated that MMP1 might be downstream of Snail as well whereby Snail employs MMP1 for metastasis and resistance to chemotherapeutic drugs. RT-qPCR was performed to analyze relative mRNA expression levels of Snail and MMP1 in eight cell lines. We found that MMP1 levels were higher in the two chemoresistant cell lines versus their chemosensitive counterparts. Additionally, we observed that Snail overexpression increased MMP1 levels and Snail knockdown decreased MMP1 levels. However, there were no significant changes in MMP1 levels when Snail expression was manipulated so we cannot infer that MMP1 is a direct target of Snail.