Office of the Dean

Welcome to the University of Redlands College of Arts & Sciences

I am pleased to welcome you to this site. As Dean of the College of Arts and Sciences (CAS), I have the honor of leading over 160 full-time faculty dedicated to providing an outstanding liberal arts curriculum supportive of professional education and service to one’s community. I invite you to get to know our CAS faculty, who are accomplished artists, researchers, musicians, scientists, writers, and scholars within their respective fields. You will find teachers who have dedicated themselves to providing educational opportunities, both inside and outside of the classroom, that serve students well beyond their time at the University of Redlands.

Our outstanding liberal arts-based education also benefits from the many staff and administrators committed to supporting student development. You will find engaged CAS personnel in the Study Abroad Office, Academic Success and Disability Services, Native Student Programs, Science Center, Johnston Center for Integrative Studies, School of Music, Truesdail Center, and Armacost Library. This is in addition to the many supportive staff within each of the 40+ CAS academic departments and programs.

CAS is a place in which learning for both undergraduate and graduate students is prioritized. You’ll discover this as you explore our 40+ academic undergraduate majors and minors and our three graduate programs in Communication Science and Disorders, Geographic Information Systems, and Music. I am confident that you will find an area of study that can speak to your interests. Along with my CAS Dean’s Office staff, I stand ready to ensure that every student’s experience within CAS is as positive as possible. 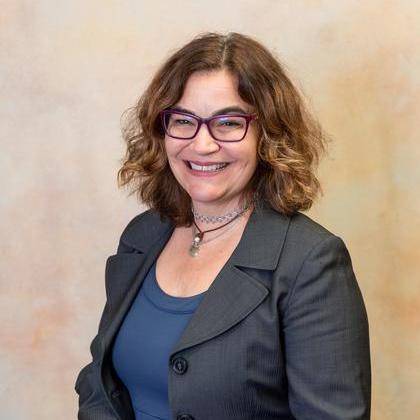 Dr. Kathy Feeley has been a member of the University community since 2004, when she joined the Department of History as a visiting assistant professor of American history.  Her teaching and research interests focus upon media, gender, and popular and political history culture in modern America.  She is co-editor of When Private Talk Goes Public: Gossip in American History (2014), author of Mary Pickford: Hollywood and the New Woman (2016) and is at work on “The Mightiest Publicity Powers on Earth”: The Hollywood Press Corps and the Shaping of the Modern Press in Mid-Twentieth-Century America. Her work has also appeared in History Compass, Reviews in American History, and Jewish History and Culture.

Kathy has served on the Women’s, Gender, and Sexuality Studies; Media and Visual Culture Studies; and College Writing program advisories as well as chaired the Department of History and the College Writing Advisory.  She has also served as Director of the Proudian Interdisciplinary Honors Program and most recently served as Associate Dean in the CAS Dean’s Office.  She is vice president of the board of trustees of the Watchorn Lincoln Memorial Shrine—the Civil War-era library, museum, and archive—at A.K. Smiley Library in Redlands.  She is also co-convener of the LA History and Metro Studies Group at the Huntington-USC Institute for California and the West.

Kathy earned her B.A. in History and Women’s Studies at Colgate University and her Ph.D. in History from the CUNY Graduate Center.