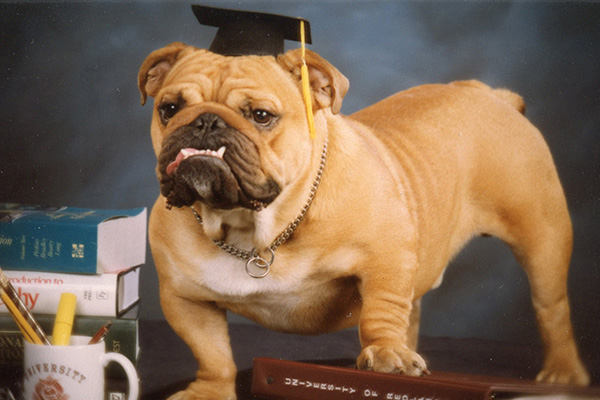 In 1991, a dog with the title Jasper Deacon of Pedley-known as Jasper-became the University's second official mascot. Jasper enjoyed a distinguished and highly visible image at sporting events and around campus. Jasper was mascot from 1991 to 1998.

As a prank, Jasper was once stolen from his campus home a day before his first birthday anniversary in February of 1992. He was discovered unharmed in a dormitory room mere hours before he was scheduled to appear at a basketball game.