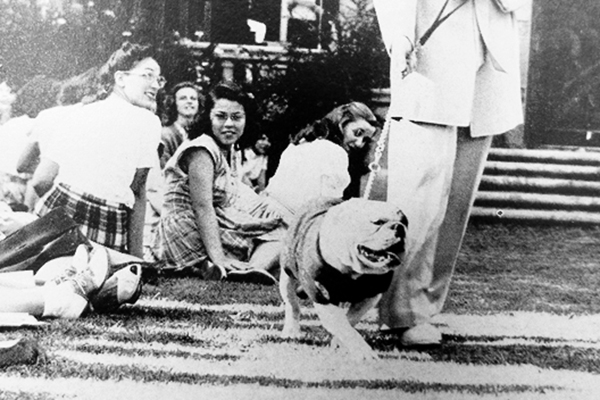 The first official mascot was Deacon. He was a gift from the Pacific Coast Bulldog Club and was presented to President George Armacost on Feb. 1, 1946 at a basketball pep rally.

His sire was Apollo, the mascot of the Los Angeles Bulldogs, a football team that played from 1936 to 1947.

He first lived with President Armacost before moving to his home on campus. He represented the University at the Pineapple Bowl on New Year's Day 1948.