The Realities of Separation: How deeply it is embedded in our psychic structure! 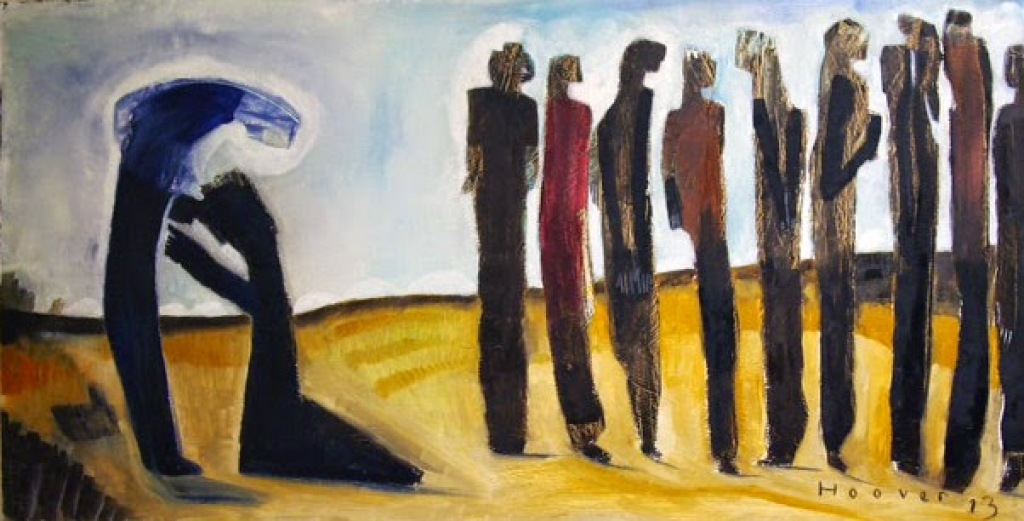 Separation!  How deeply it is embedded in our psychic structure!  And how essentially it may predetermine our Christian discipleship and the theology that grounds it!  The hermeneutics of the correspondence theory of truth that continues to dominate biblical scholarship restricts the fullness of interpretation by separating the subject, the interpreter, from the object, the biblical text, and consequently predicates that the “setting up of knowing as a ‘relation between subject and Object’ [is] a procedure in which there lurks as much ‘truth’ as vacuity.” (Heidegger, Being and Time)  Separation is the space between “us and them.”  It is the space that we establish within us between the social, political, cultural and religious truths we embrace as our identity and the actualities of otherness that we reject.  Separation splits the world into two opposed structures of reality and engenders consequences in the lives of human beings and in the structures of society that are injurious, crushing and destructive.

Separation determines our relation to God as the Wholly Other, but more immediately it defines our discipleship as followers of Jesus whom we exalt as the Son of God and invoke as Lord.  That separation consciously and unconsciously draws us into the structures of identity and difference.  We identify with those who belong to the same communion of faith, who submit to the same theology, who have the same political ideology and, therefore, we are inclined to reject, even to repudiate, the realities of otherness.  Within these structures of identity and difference we naturally acknowledge our separation from God and our corresponding separation from Jesus, as we maintain our discipleship in a hierarchically structured world, the world of the dominators and the dominated, the world of master and slave.

This is the world into which Jesus places his disciples in Luke 17:7-10.  He poses the widespread economy of slavery that dominated the world of the Roman Empire and confronts them with the possibility of their self-understanding as a master who owns slaves:

“Who among you would say to your slave who has just come in from plowing or tending  sheep in the field, ‘Come here at once and take your place at my table?’”

Being placed in that ordering of identity and difference, master and slave, his disciples would of necessity be compelled to answer, “No one!”  Within that socio-economic structure it is inconceivable that a master would invite a slave to table fellowship; it would be a summons that implies a relation of equality.

But, as Jesus acknowledges, the instinctive response of the master would be: “Prepare supper for me, put on your apron and serve me while I eat and drink; later you may eat and drink.”  The otherness of the slave, as a piece of property, separates him from his owner and master, while the wealth and power of his master establishes his distinctive identity in a society of slave owners and separates him from his slave.  It is one of countless instances of the dehumanizing structures of separation that has continued to dominate world society into our own lifetime.  Jesus emphasizes the difference of relationship by answering the question he addressed to his disciples as he placed them within that master/slave structure, “Do you thank the slave for doing what was commanded?”  And they, within that hierarchical structure, would be constrained to say, “Of course not!”

What then does Jesus want to achieve by situating his disciples in this master/slave relationship?  After compelling them to imagine themselves in this circumstance, he proceeds to draft them into that hierarchical structure and requires them to view their discipleship analogously.

“So also you, when you have done all that you were ordered to do, say, ‘we are worthless slaves; we have done only what we ought to have done!’”

Is this their self-understanding as his disciples?  It is the structure of identity and difference that permeated the world of antiquity; it is the structure that constitutes human relationships in the world’s societies of today.  The structures of identity as sameness and difference as otherness separate the peoples of the world socially, economically, politically, culturally and religiously.  They are also the structures that Christianity has adopted and promoted, at least since the separating theology of Augustine’s doctrine of original sin, the theologies of Martin Luther and John Calvin, and into the theological formulations that continue to be preached and taught throughout the world today.

What, then, is Jesus teaching his disciples by drawing them into this master/slave hierarchy of their society?  What does he want to achieve by projecting them into this polarized relationship, as they follow him on the way to Jerusalem to experience his death and his resurrection from the dead.  He says nothing more and, in view of what they are going to experience, he expects them to examine their self-understanding as his disciples.  In their present state of mind, as participants in the structures of separation that determine all human relationships, they undoubtedly comprehend their discipleship according to the analogy into which they have been drawn.  But will that mentality continue as they reflect on the significance of his death and resurrection?

If they continue in this hierarchical understanding of their discipleship, they will necessarily retain their slave status as they submit themselves to Jesus as the one and only Son of God whom they will continue to revere as their Lord and whom they will honor in their hymns as their King.  In that state of discipleship they will be compelled to evaluate their slave/servant discipleship as those who did all they were ordered to do, and therefore will have to confess, “We are worthless slaves; we have done only what we ought to have done.”

And they will continue to participate in and promote the structural relationships of identity and difference that continue to split the world of human beings and human relationships by perpetuating the morality of separation.