Have You Been to Galilee? 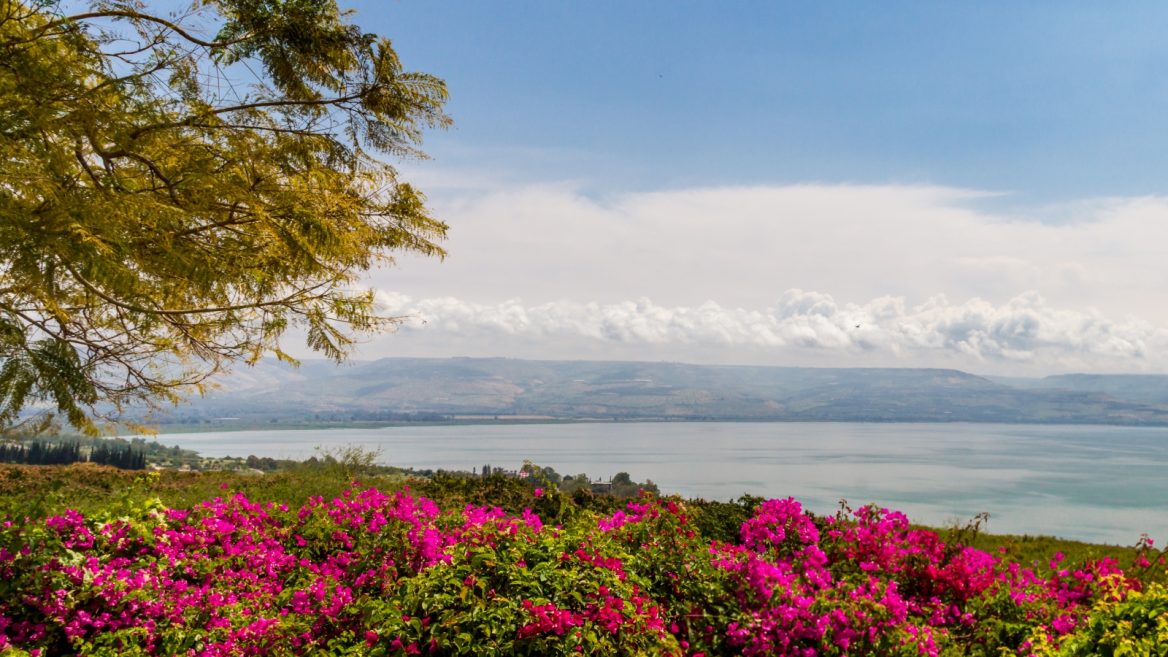 Galilee is the appropriate region for Jesus to resume his activity after his resurrection from the dead.  It is where he began his first career, and it is where he is beginning his second career.  That’s the narrative framework of the Gospel of Mark: the end is like the beginning.  No, that is not correct.  There is no conclusive ending!  And that’s the problem posed by Mark 16:8, the ending that is not the ending that biblical scholarship has determined is the final verse of this gospel: “and exiting they [the three women] fled from the tomb, for trembling and ecstasy had them, and to no one they said nothing, for they continued to be afraid.”

Inside the tomb, the three women, Mary Magdalene, the mother of James [who is Jesus’ mother], and Salome, are stunned into speechlessness.  They have encountered a youth who is wearing a white robe and “seated on the right hand,” mirroring Jesus’ glorification and enthronement, and he has announced to them that Jesus has been raised from the dead.  He has charged them to inform the disciples and Peter that “Jesus is going before you into Galilee, and you will see him there.”

Without a response, they flee from the tomb.  They are beside themselves with joy, but they also are shaking at the enormity of what they have experienced.  “And to no one they said nothing.”  (In Greek grammar the second negative reinforces the first.)   It’s stunningly ironic!  Throughout the narrative world of the gospel, Jesus has continued to demand silence of those whom he has healed.  Demons were muzzled, the synagogue ruler and his wife were forbidden to make known the resurrection of their daughter, the deaf mute was charged to remain mute.  Now however, at the culmination of the gospel, when the revelation of the good news is finally complete, the command is issued, “Go and tell.”   And the three women said nothing to no one, “for they continued to be afraid.”

Why should the women be afraid of communicating the instructions of the youth to the disciples and Peter?  Their fear has no object, yet out of fear they persist in silence.  It would appear that the gospel ends in failure, for Mark’s superscription, “The Beginning of the Good News of Jesus Christ,” has no meaningful ending.  And the irony of this ending is the reality that these women are the only witnesses of the three climactic events of the Gospel.  They were present at his death in crucifixion, they saw his corpse buried, and they entered the tomb, heard the announcement of the youth, saw the place where his corpse had been placed – “and they said nothing to no one.”  How is that possible?  But it must also be asked, “who would believe them?”  In the Mediterranean world of antiquity the testimony of women had no legal status or authority.  What sense, then, would it make to say anything about such a preposterous event of the resurrection of a corpse?  Their witness would have no authority at all.

But the women have not been directed to announce Jesus’ resurrection from the dead.  That is not the charge the youth has given them.  They have been instructed to tell the disciples that “He is going before you into Galilee; there you will see him, even as he said to you.”  That is their mission!  By remaining silent, the disciples and Peter will never be informed that there will be no appearance of the risen Jesus in Jerusalem.  That will only occur in Galilee.  And by remaining in Jerusalem, they will never have their own experience of the risen Jesus, who is already at work in Galilee continuing his ministry of actualizing God’s rule.  Eventually, of course, they will learn of Jesus’ resurrection, but it will only be hearsay, and if that is the grounding of their faith, that would be nothing more than intellectual assent.

However, in spite of the silence of the women, the disciples may remember Jesus’ words in the Garden of Gethsemane in Mark 14:28, “But after I am resurrected, I shall go before you into Galilee.”

It may be assumed, therefore, that they recalled his words and followed him into Galilee.  But that is really beside the point, for it diminishes the effect of the ending of the gospel that is not the ending.

The disciples and Peter must experience the reality of the risen Jesus for themselves, and it will not happen in Jerusalem.  The city, like the tomb, is empty of God’s presence.  At Jesus’ death on the cross God vacated the temple, and there is only a youth in the empty tomb who, in his being, is reflecting the destiny of Jesus and pointing the way from Jerusalem to Galilee.  Throughout the narrative world of the gospel, Jesus has been the forerunner of the disciples.  By following him into Galilee, they will be participating in the Exodus that he has inaugurated by his resurrection.  And by encountering him where he initiated his ministry, they will experience the reality of his resurrected presence, as they join him once again in actualizing God’s rule.

Have we been to Galilee?  The disciples were left to depend on their memory of Jesus’ words because the women remained silent.  But we, at our reading of the ambiguous end of the gospel, have heard the instructions of the youth, and we have no excuse.  Have we followed Jesus into Galilee?  Have we joined the risen Pioneer into a reordering of power and entered into collaboration with him in actualizing God’s rule?  What is Galilee for us?  It is in the world where we have been in our discipleship, and it is where we are summoned by our Pioneer to be drawn into the resurrected experience of the fullness of Life in creating a world of love, justice, equality and peace.

So, have you been to Galilee?  The chorus at the end of W.H. Auden’s Christmas Oratorio, For the Time Being, enforces the summons of the gospel’s deferred ending, the ending that only you and I can render conclusively.

He is the Way
Follow Him through the land of Unlikeness;
You will see rare beasts, and have unique adventures

He is the Truth
Seek Him in the Kingdom of Anxiety;
You will come to a great city that has expected your return for years.

He is the Life
Love Him in the World of the flesh
And at your marriage all its occasions will dance for joy.