The Season of Christmas: The Service that Celebrates the Birth of Jesus Christ 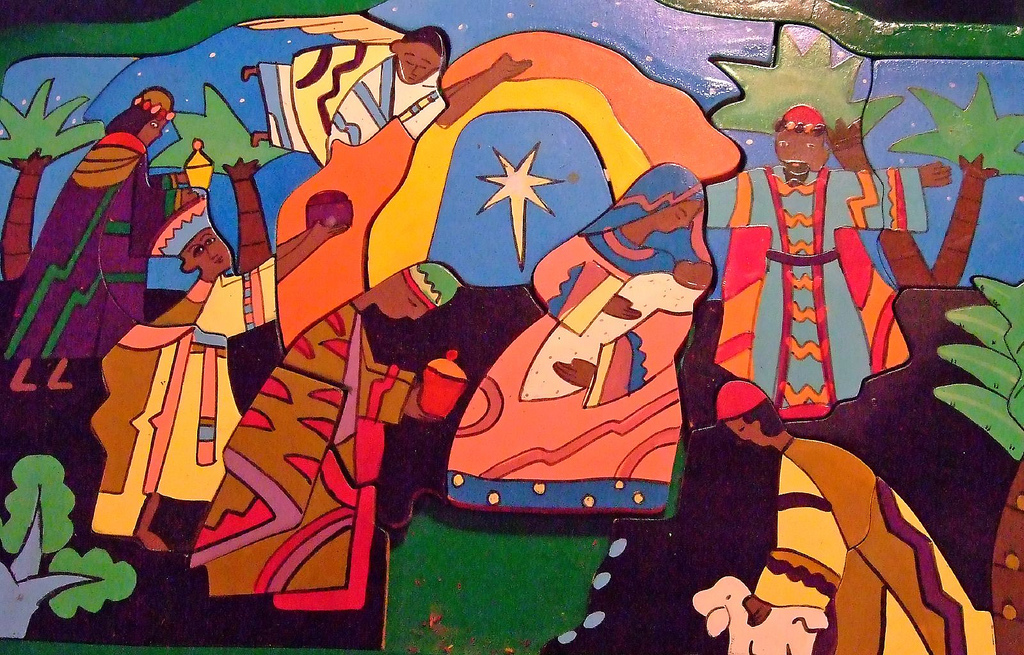 Christmas, the mass or the service that celebrates the birth of Jesus Christ, “the Son of Man” and “the Son of God,” is the beginning of the “good news of a great joy that will come to all the people,” for, as the angelic messenger announced to the shepherds, “to you is born this day in the city of David a Savior who is Christ Lord” (Luke 2:10-11).

But neither the Gospels nor any of the other New Testament writings state the date of Jesus’ birth.  Our celebration of Christmas on December 25 was unknown to Christians of the first three centuries.  During that early period of the Christian Church the birth of Jesus remained unacknowledged and uncelebrated.  Efforts were expended to determine that date, but without success.  Jesus’ birth date could not be verified.  At the end of the second century Clement of Alexandria ridiculed efforts to ascertain it.  Origen protested against it because he considered it to be pagan.

Luke’s reference to the shepherds in the field suggests a time between March and November when Palestinian shepherds remain with their flocks in the field, in other words, in spring, summer or autumn.  One text from the year 243 designates March 25 as the birthday of Jesus.  In the Roman calendar the vernal equinox was set for March 25, the day that spring begins to triumph over winter, and new life bursts forth in the realm of nature.  Many Christians appropriated this cultural perspective but interpreted it according to Gen. 1:4 as the first day of creation, the day that God separated the light from the darkness.  Mal. 4:2 reinforced this perspective with its metaphorical identification of the Messiah as “the sun of righteousness” who “shall rise with healing in his wings.”  To many, a spring birthday was preferable, and April 19, May 20 and April 2 are a few of the dates that were proposed for the birth of Jesus.

Some Christians favored spring as the time of Mary’s conception.  January 6 was sanctioned as Jesus’ birth date because it was believed that Mary had conceived Jesus on April 6.  But March 25, the Roman dating of the vernal equinox, linked by Christians to the first day of creation, became the preferred date of Mary’s conception.  That, of course, advanced the birthday of Jesus by nine months to December 25, the winter solstice, the time when the sun would begin to climb into the sky, and daylight would gradually conquer the night.  December 25 may have been celebrated as the birthday of Jesus in Rome already during the reign of Constantine the Great.  In fact, it may have been Constantine himself who united the birth of Jesus with Mithraism’s celebration of the sun god on December 25 and therefore ordained that date as the birthday of a new sun god, Jesus, “the Light of the world”.  John Chrysostom in a famous Christmas sermon on December 20, 386 attempted to convince Christians that the birth of Jesus must be celebrated on December 25 because Jesus was actually born on that day.

But December 25 is not the correct day of Jesus’ birth.  The actual day remains indeterminable.  Nevertheless, the theological reflection that related Gen. 1:4 to the vernal equinox as the first day of creation and therefore also as the day of Mary’s virginal conception of Jesus as the New Adam who inaugurates a New Humanity (1 Cor. 15:45) is intensely meaningful.  Although the calendar date of the winter solstice was subsequently moved up to December 21, the celebration of Jesus’ birthday on December 25, as the light begins to overcome the darkness, corresponds perfectly to the witness of John 1:5, “And the light shines in the darkness, and the darkness has not begun to overtake it.”