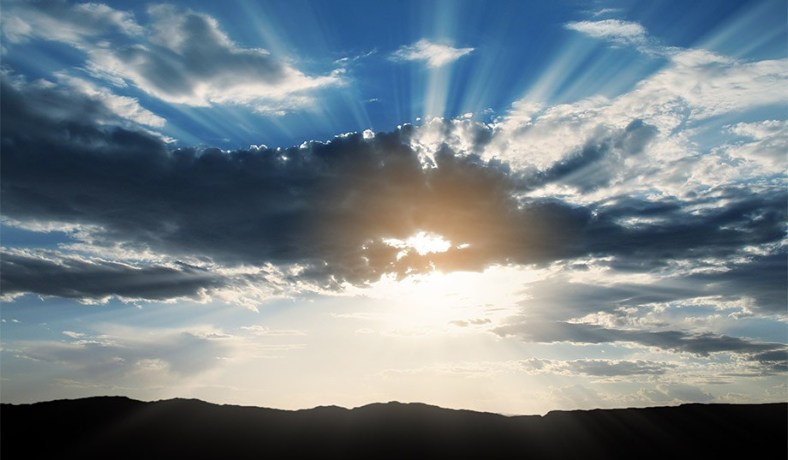 In the Gospel according to Mark, “all the disciples” desert Jesus at the moment he is arrested in the Garden of Gethsemane and taken to the court of the High Priest.  Except “a youth who was following Jesus!”  He is wearing nothing but a linen cloth, and when the sword and club-bearing crowd seize him, “he left the linen cloth and fled naked.”

Among “all the disciples” there is a youth (in Greek, a neaniskos) who, is determined to remain faithful to Jesus.  Because he is not named, he has traditionally been identified as the Evangelist Mark.  But this is not an autobiographical incident that the Evangelist has inserted into his gospel.  The youth is with the larger circle of disciples that has accompanied Jesus to Jerusalem, and, in contrast to the others who flee, he intends to be loyal to Jesus.  Inexplicably, he is wearing a linen cloth (in Greek a sindona).  But this is not a garment.  It is a coarse linen sheet, and there is no evidence that it was ever used as a form of dress.  It is the kind of material that was used to prepare a dead body for burial.  What is meaningful here is that the youth escapes when violent hands are laid on him, and he streaks into the night naked, leaving behind what is essentially a shroud.

It may be that this event is intended to serve as a fulfillment of Amos 2:14-16, a text that characterizes the dreaded “the Day of the Lord.”

“Flight shall perish from the swift, and the strong shall not retain his strength, nor shall the mighty save his life; he who handles the bow shall not stand, and he who is swift of foot shall not save himself; and the one who is stout of heart among the mighty shall flee away naked on that day,” says Yahweh.

Earlier, at the Mount of Olives, Jesus had cited a singular feature of the Day of the Lord from Zechariah’s prophecy that would scandalize his disciples, “I will smite the shepherd and the sheep will be scattered.”  Its fulfillment begins here in the Garden of Gethsemane when his disciples desert him, and it will be completed during Jesus’ crucifixion when he cries out his abandonment by God, “My God, my God, why have you forsaken me?”

The youth was wearing a sindona, over his naked body.  After Joseph of Arimathea has succeeded in obtaining Jesus’ body, he purchases a sindona in order to bury it in it.  An identification seems to be implied here between the coarse linen sheet and Jesus’ body of flesh and blood.  It is as a shroud for burial that the sheet symbolizes Jesus’ corpse!  The youth, therefore, who abandons his linen cloth as he runs into the night naked, is mirroring Jesus’ destiny at the very beginning of his passion.  Although his arrest marks the beginning of the Day of the Lord, and his suffering and death as its enactment, he will escape!  He will leave behind his corpse.

But the youth, as a “stouthearted” disciple of Jesus who flees into the night naked, is not only mirroring Jesus’ eventual escape from death.  He is also signaling his own identification with it.  This is the very reality that we experience in our baptism, at which the shroud, representing the corpse of our death, is left behind as we enter into an experience of the fulfillment of the Day of the Lord with Jesus.

After the Sabbath, very early on the first day of the week, three women go to the tomb in which Jesus has been buried, and they wonder among themselves who will remove the stone from the tomb in order to enable them to anoint his body.  Inexplicably they find the stone rolled away, and, as they enter the tomb, they encounter the presence of a youth (in Greek, a neaniskos).  The corpse of Jesus is gone, and in its place a youth is “seated on the right hand wearing a white robe.”

This is the second episode in the gospel involving a neaniskos, and it is the only other time in the gospel that this word is used, 14:51-51 and 16:5.  At the beginning of Jesus’ passion, the youth, in his determination to be a loyal disciple, left his shroud when seized and fled naked into the night.  Now “on the first day of the week, just after sunrise,” he is encountered inside of Jesus’ tomb, but without the corpse of Jesus, and signaling, therefore, his escape from death.

But the youth is no longer naked.  The white robe that he is wearing reflects Jesus’ glorification by his resurrection from the dead, and, simultaneously, his own participation in it.  The position of being “seated at the right hand” inside the empty tomb is an echo of Jesus’ confession before the High Priest and the Sanhedrin, “You will see the Son of Man seated at the right hand of Power and coming with the clouds of heaven.” Jesus has been co-enthroned with God!  And this too is the actuality that the youth manifests in the reality of an empty tomb.  Who, then, is this unnamed youth?  As a disciple of Jesus and, therefore, a member of “the Son of Man,” he is the embodiment of the Christian community, that, by its baptism is disclosing the death and resurrection of Jesus to the world as the beginning of a new creation, and, at the same time, participating in it in its flesh and blood existence in the world.