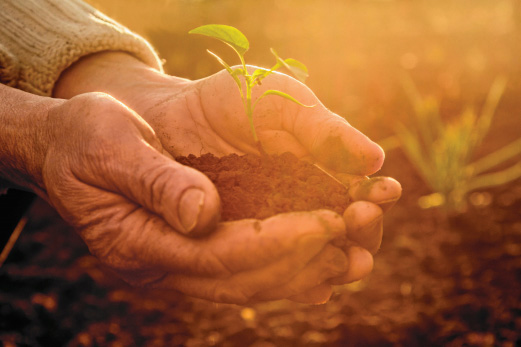 "The collection is of immense importance not only for historical reason, but because it constitutes a wake-up call in our own highly contested political economy to read the Bible knowingly and critically."
Walter Brueggemann, Columbia Theological Seminary 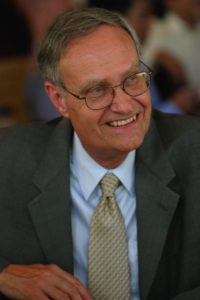 Dr. Marvin Chaney, a popular and much-loved professor, came to SFTS from graduate studies at Harvard in 1969 to teach Old Testament, and through the following 37 years he explored and shared his critical sociological interpretation of the Hebrew Scriptures with masterful enthusiasm.  His scholarship correlated textual and historical criticism with agrarian sociology and economics, archaeology, religion and theology, and, combined methodologically, it was directed towards a more comprehensive understanding of the Hebrew Bible.  In 1980 he was installed as the Nathaniel Gray Professor of Hebrew Exegesis and Old Testament and, beyond his retirement in 2006, he continues to hold this position as an emeritus professor.

Dr. Chaney belonged to a number of professional societies throughout this time: the Society of Biblical Literature, California Biblical Colloquium, Pacific Coast Theological Society and the American Schools of Oriental Research; and, as a member, he served in various capacities of leadership.  From 1986 to 1990 he served as scholar and lecturer on the Task Group on Sanctuary and Asylum of the World Alliance of Reformed Churches.  He belonged to a number of honor societies and over the years presented many papers and essays at the conferences of the SBL and AAR while he was teaching at SFTS.

His professional activities have taken him throughout the United States and to countries around the world.  He attended and participated as a presenter or as a researcher in Scotland, Israel, India, Indonesia and Switzerland.  Lectureships have taken him from California to New Jersey, from Washington to Louisiana, from North Carolina to Wisconsin, Texas and Alaska.  He has served as a visiting professor and/or lecturer in seminaries and universities in Japan, Indonesia, Korea, Taiwan and the Philippines.  His world-wide travels and connections have enhanced his biblical scholarship and enriched his research as an author as well as a teacher.

Chaney published numerous articles and book reviews in different journals and in different languages. He was honored by a “Festschrift, ” a collection of essays written by various Old and New Testament scholars, published by Sheffield Phoenix Press of England under the title, To Break Every Yoke: Essays in Honor of Marvin L. Chaney, and presented to him in 2007.  His Korean and Korean-American doctoral students translated a number of his essays into Korean and published them in a volume entitled, (in English translation), Biblical Israel through an Agrarian Lens, 2007.

In 2016 he and his wife moved to Monte Cedro in Altadena to be near their only grandchild and enjoy the pleasure of seeing her grow up.  In retirement he published an Abingdon e-book, an expanded version of the limericks that students in the latter part of his teaching career remember under the title, Let There Be Lite: Using Limericks to Introduce the Hebrew Bible.  It contains many limericks, those with which his former students are familiar and those written after retirement; and together they now cover every book of the Hebrew Bible.  Coincidentally, 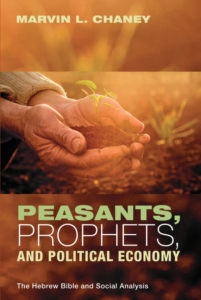 Dr. Marvin Chaney, SFTS emeritus professor of Hebrew Exegesis and Old Testament, has recently published Peasants, Prophets and Political Economy. A weighty collection of thirteen essays, this volume covers the distinctive beginnings of Israel in its peasant movements and the formation of premonarchic Israel, and continues into the written prophets of the eighth century, ending with an absorbing socio-historical comparison of pre-modern Korea and biblical Israel with a discussion of that comparison’s significance for Old Testament interpretation. In his treatment of prophetic texts, Chaney offers a more accurate and detailed understanding of the dynamics of change in the political economies of eighth century Israel and Judah that contribute to a more meaningful comprehension of these ancient texts. This book will be the subject of a review panel in the “Economics in the Biblical World Section” of the meeting of the Society of Biblical Literature in Denver in November 2018.

Dr. Chaney came to SFTS in 1969 to teach Old Testament, and through his 37 years here he explored and shared his critical sociological interpretation of the Hebrew Scriptures with masterful enthusiasm. His scholarship correlated textual and historical criticism with agrarian sociology and economics, archaeology, religion and theology, and, combined methodologically, it was directed towards a more comprehensive understanding of the Hebrew Bible. In 1980 he was installed as the Nathaniel Gray Professor of Hebrew Exegesis and Old Testament and retired as emeritus professor in 2006.  —Dr. Herman C. Waetjen