The most important thing Gabrielle Kanter ’17 has learned at the University of Redlands is how to deal with new—and sometimes uncomfortable—situations. 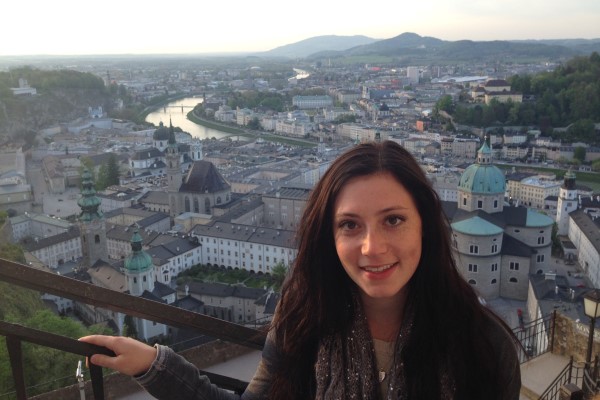 Kanter is a political science major with an emphasis on pre-law studies who aspires to enter the legal profession, so it’s important for her to learn to work in uncomfortable situations. Whether she’s locked in a small room to counsel a crime suspect or standing at the front of a courtroom presenting an argument, she expects to be outside her comfort zone frequently.

The University introduced Kanter, a Las Vegas native, to a lot of things she never thought she’d be doing, such as traveling abroad. She spent May Term 2015 in Salzburg, Austria, where she took a course on Eastern European politics. “For someone who had never been outside the country before, it was such an amazing experience to just get on a train and a couple hours later we’re in a totally different country.” 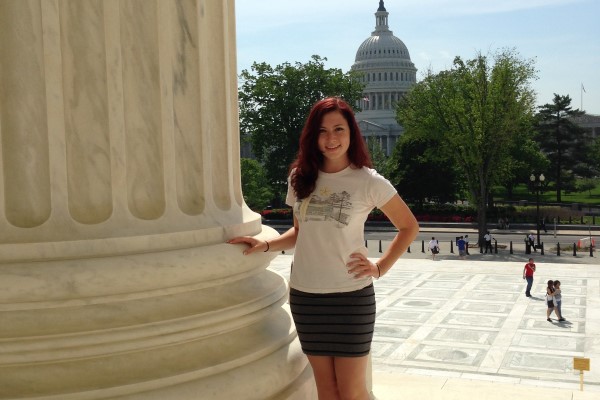 After this trip, Kanter caught the travel bug. She completed an internship in Sacramento and spent a year studying abroad at the University of Oxford. “Studying abroad is something I never wanted to do. Now I’m looking for internships abroad,” she says.

When she began looking for a college, Kanter was looking for somewhere relatively close to home. She wanted to attend a small liberal arts college, and Redlands is only a few hours from her home. “I came to Admitted Students Day and I was completely blown away,” she says. “Everyone was walking around smiling, even if you ask someone for directions, they’re still so friendly.”

The generous financial aid package Redlands offered her also helped her make a decision.  “I received a few achievement scholarships from Redlands that definitely influenced my decision to attend,” she says. “I was accepted to several other small liberal arts schools, but Redlands was certainly the most generous with financial aid, making it more feasible than the other universities.”

Kanter plans to rejoin the mock trial team—she put it on hold to study in England—and continue an internship for Trial by Peers, a Las Vegas-based nonprofit organization, until she graduates with her bachelor’s degree. After graduation, she plans to go to law school somewhere in California.

"That should be Redlands’ motto, ‘Forcing you out of your comfort zone.'"—Gabrielle Kanter ’17