With passions for music, science, and aviation, Connor Licharz ’20, ‘22 wanted to attend a university that would enable him to explore diverse interests.

At the University of Redlands, he found just that—and is now pursing degrees in music education and environmental science. “Redlands was one of the few schools that would allow me to get B.M. and B.S. degrees at the same time, and in only five years,” he says. 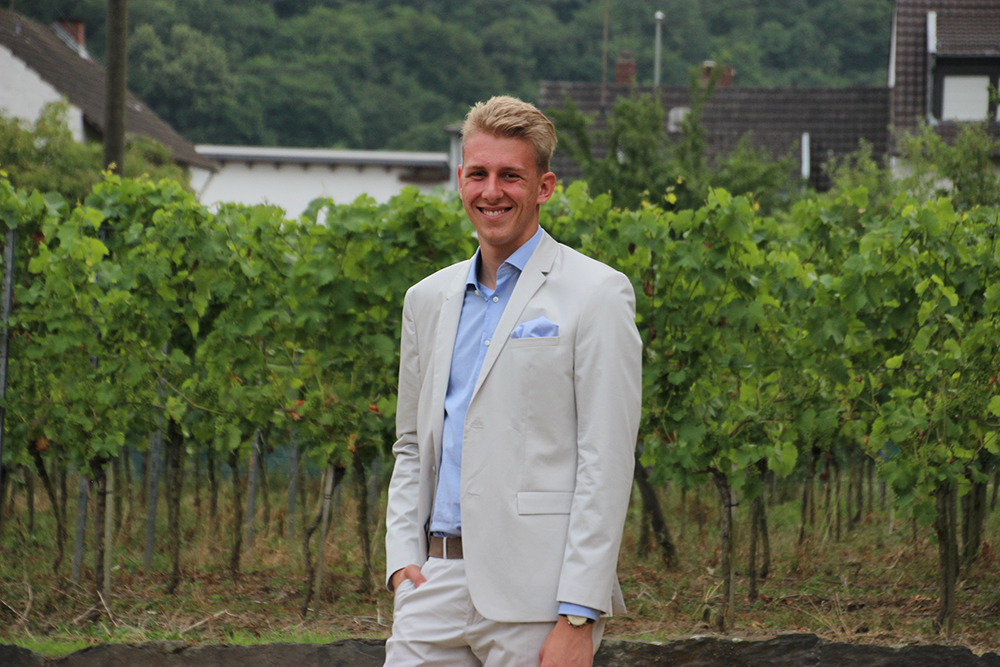 Hailing from Bonn, Germany, Connor knew the University of Redlands was the right fit for him the moment he stepped onto campus. “The first time I visited was on Admitted Students Day,” he says. “After meeting with a few music students and faculty, I felt extremely welcome and knew that this would be a great place for me to learn.”

Upon enrolling, Connor planned on pursuing piano during his music education studies. But after a few months on campus, he found himself adding vocal studies to his schedule. “Being a part of Chapel Singers is one of the best experiences I’ve had,” he says. “We meet three times a week for two hours, so we’re a tightly knit group. Choir Director Nicholle Andrews has had a huge impact on my vocal development and has taught me how to understand music on a deeper level.” As far as piano goes, Connor notes, “Dr. Long has taught me so much about musicality, repertoire, and how to perform.”

While Connor’s first year was heavily music-based, he was able to pursue other areas of interest as well, both on and off campus. “I took an Ornithology class for environmental science, which was completely different from anything that I was doing in the School of Music,” he says. “I’m also really interested in aviation, and I’m working on getting my pilot’s license.”

Coming to the University of Redlands has allowed Connor to learn about himself as well. “I realized I really like people, which is something I hadn’t recognized before” he says. “I’m looking forward to next year, when I’ll be an Admissions host giving campus tours.”

As far as his future plans go, Connor hopes to enroll in the U of R School of Education’s Master of Arts in Learning and Teaching program and  fulfill his dream of being a music teacher, while continuing to pursue his myriad hobbies and interests.

“Redlands was one of the few schools that would allow me to get B.M. and B.S. degrees at the same time, and in only five years.”