When he was looking at colleges, it all came down to location and athletics for Brian Wright ’18. A swimmer from Kent, Wash., he wanted to attend a California school in the Southern California Intercollegiate Athletic Conference—but he ended up finding much more at the University of Redlands.

“When I applied, the swim coach called me and said I should definitely come to Redlands,” Brian says. “I’m really happy to be here.”

Brian notes that being a part of the University of Redlands swim team jump-started his college experience. “Coming in as a freshman can be intimidating, especially when you’re going to a school where you don’t know anyone,” he says. “The swim team gave me my initial—and long-term—friend group.” 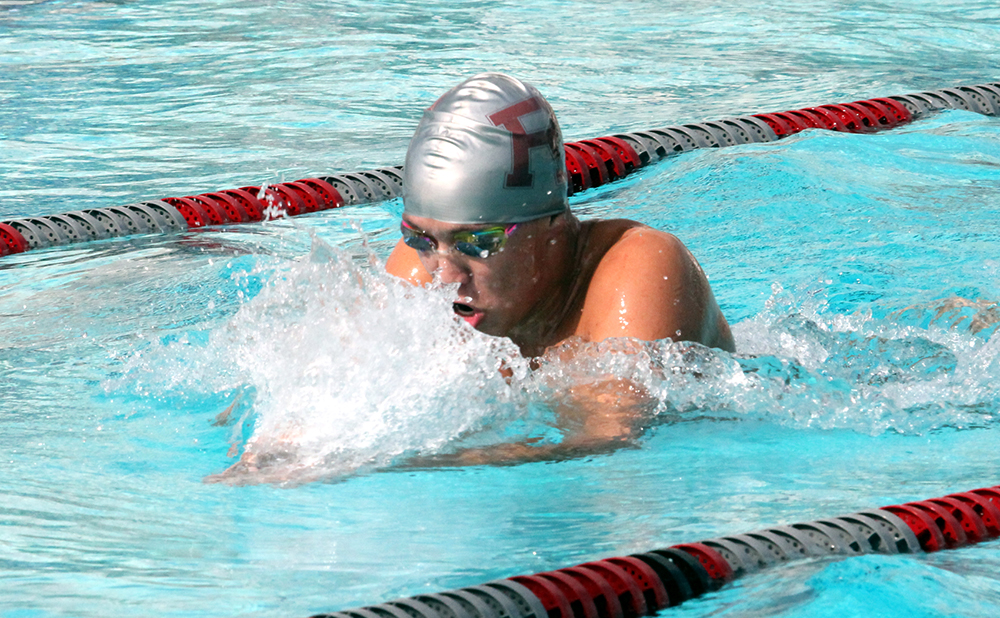 When he’s not in the pool, Brian is studying mathematics and computer science. “The Cornezes have had a really big impact on my time at Redlands,” he says. “Rick is my advisor who helps me pick out classes, and he’s always there to talk if I need it. I’ve had Trish as a professor every year, so we’ve gotten to know each other pretty well.”

He says the mathematics department has encouraged him to try new things without fear of failure. “Every spring, Professor Janet Beery emails me a list of research opportunities for the summer,” Brian says.

Because of that mentorship, Brian is spending his summer at Arizona State University conducting research for the Mathematical and Theoretical Biology Institute. “The list of opportunities from Professor Beery was a little overwhelming at first, but I ended up applying and getting in, and it has been an amazing experience.”

In addition to his studies, Brian says he has found a home away from home in Native Student Programs. As a member of the Sioux tribe, Brian is involved in the Native American Student Union and takes part in the annual Multicultural Festival on campus. “I come from an area where the Native American population isn’t really recognized,” he says. “So seeing Native Americans well represented here is a really cool experience.”

Brian adds that the personalization of his academic experience has been a highlight. “I feel like I get to know all my professors personally when my friends at bigger state schools don’t,” he says.  “I’m constantly surprised with the unique classes that are offered at Redlands and the ability to take courses that apply to my interests.”

“I come from an area where the Native American population isn’t really recognized. So seeing Native Americans well represented here is a really cool experience.”