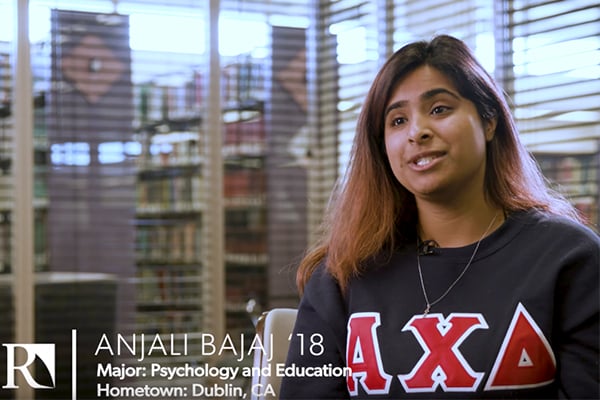 When Anjali Bajaj ‘18 was 14 years old, she attended a board meeting for Home of Hope, a California-based nonprofit that empowers South Asian children through education and other activities.

“The board members were talking about how students at the organization’s schools were going to college and weren’t doing well, because their classes were being taught in English,” she says. “I told them, ‘I know I’m only in middle school, but I really like teaching and I would love to go to India to teach.’”

“That’s how it started,” she says with a laugh.

Bajaj spent the next seven years traveling to underdeveloped regions of India to teach English to students ranging from preschool to 11th grade. But after establishing a curriculum and writing lesson plans, she realized that classes had the potential to be more interactive.

“The students didn’t want to just learn English in the classroom, they wanted to learn about computers, dance, and sports,” she says. “We were able to incorporate English through these different subjects, so that the students’ learning was broader.”

But during her trips to India, Bajaj notes that her students weren’t the only ones learning—she was, too. “Every day I had a 40-minute commute. The roads were in such bad shape, and there were times where we had to drive through flooded areas to get to the school,” she says. “It really put things in perspective. Obstacles I faced were nothing in comparison to what these students faced every day.” 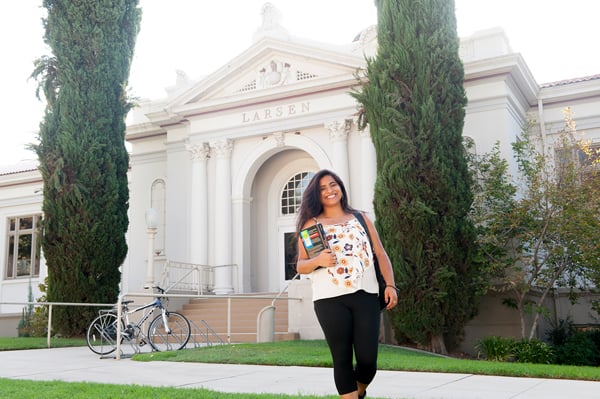 When she looks back at the takeaways from her time in India, Bajaj cites the transformational power of education. “Kids who I’ve watched grow up are now going off to college,” she says. “I think that what they learned and their experiences with this program will really help them.”

When Bajaj decided to further pursue her own education, she looked to the University of Redlands. “When I found out about the five-year-long [pathway to a] Master of Arts in Learning and Teaching at Redlands, I was ecstatic,” she says. “At a UC school, graduating with my master’s degree could take me anywhere from seven to nine years.”

While Bajaj seems to have already honed her teaching skills, she knows that there is always more to learn. As a psychology and education student, Bajaj is applying her previous experience to her studies while also gaining new insight. “I had zero training before I went to India,” she says. “Being at Redlands, I’m finally understanding the theories and principles of education.”

When asked if there were any aspects of her Redlands education that were unexpected, Bajaj remains humble. “I never expected to grow so much,” she says. “Being at Redlands has shown me that it doesn’t matter how you label yourself—if you just open yourself up, you can connect with anyone.”

“Being at Redlands has shown me that it doesn’t matter how you label yourself—if you just open yourself up, you can connect with anyone.”