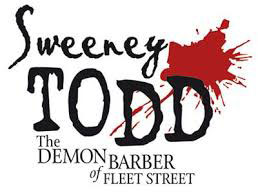 The School of Music and Department of Theatre Arts are proud to announce the Co-Production of Stephen Sondheim’s Sweeney Todd, The Demon Barber of Fleet Street.

The musical will be directed and staged by Theatre Arts Chair Gregory Ramos, with music directed and conducted by Director of the School of Music Joe Modica, and lighting design and production management by Trevor Norton. The creative team aims for a non-traditional approach that considers artistic innovation as well as diversity and inclusion.

Sweeney Todd opened on Broadway in 1979 and in the West End in 1980 to great acclaim. The winner of both the Tony Award and the Olivier Award for Best Musical, the show has become a classic of musical theatre and one of Stephen Sondheim’s most produced works. Recognized as highly innovative, Sweeney Todd is the thrilling tale of a Victorian-era barber who returns home to London after fifteen years of exile to take revenge on the corrupt judge who ruined his life. Critics often refer to the music as Sondheim’s most perfect score—lush, operatic, and full of soaring beauty, dark comedy, and stunning theatricality.

The production is scheduled for Spring 2023.

The Wolves by Sarah DeLappe

Pulitzer Prize finalist The Wolves is a bold and moving play by Sarah DeLappe. Featuring an all-female cast (comprised of nine adolescents and one briefly-seen adult), The Wolves chronicles six Saturday mornings in the lives of a soccer team somewhere in suburban America as they prepare for their games. The girls discuss everything from genocide to menstrual cycles to drugs to boys to literature to each other, and a group of girls whom at first seem indistinguishable, as each is referred to only by her team number, quickly become identifiable and different. Funny, shocking, and emotional, The Wolves is a ferocious look at a group of girls coming of age in society today.

Enter Your Sleep by C. Quintana

Childhood best friends, Glory Zico and P.K. Whylde, meet in a wild night of dreams to unravel their complex friendship, battle their sadness, and, ultimately, face a looming, dark truth. Throughout the wild ride, Z and P.K. visit their worst fears and challenge one another and themselves as they transform into figures from their lives and imaginations. At last, they are forced to confront the reality of growing up and moving on.

One of the darkest musicals ever written, Sweeney Todd: The Demon Barber of Fleet Street is the unsettling tale of a Victorian-era barber who returns home to London after fifteen years of exile to take revenge on the corrupt judge who ruined his life. When revenge eludes him, Sweeney swears vengeance on the entire human race, murdering as many people as he can, while his business associate Mrs. Lovett bakes the bodies into meat pies and sells them to the unsuspecting public. Perhaps composer/lyricist Stephen Sondheim’s most perfect score, Sweeney Todd is lush, operatic, and full of soaring beauty, pitch-black comedy and stunning terror. It’s one of the signal achievements of the American musical theater of the last fifty years, and it’s the high-water mark of Sondheim’s six remarkable collaborations with director Harold Prince.