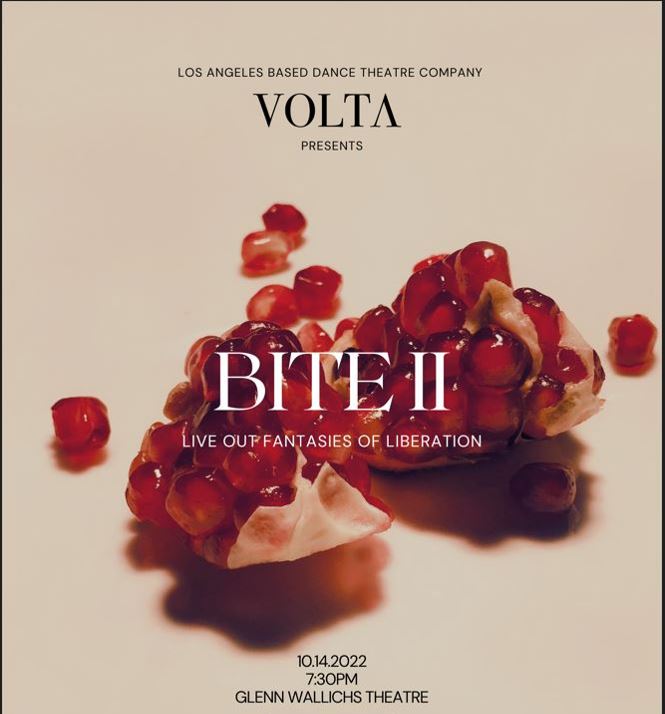 Redlands University and Los Angeles based dance theatre company Volta will present the world premiere of “BITE II,” an exploration of the prison of femininity, the beauty industrial complex, and rebellion. Drawing from classical mythologies, pop culture, and the performers’ own experiences, BITE II imagines a world where women are driven to madness, lose control, and set themselves free. What does it mean to be free in a world where we are our own surveillance? “BITE II” invites audiences to live out fantasies of liberation.

The Wolves by Sarah DeLappe 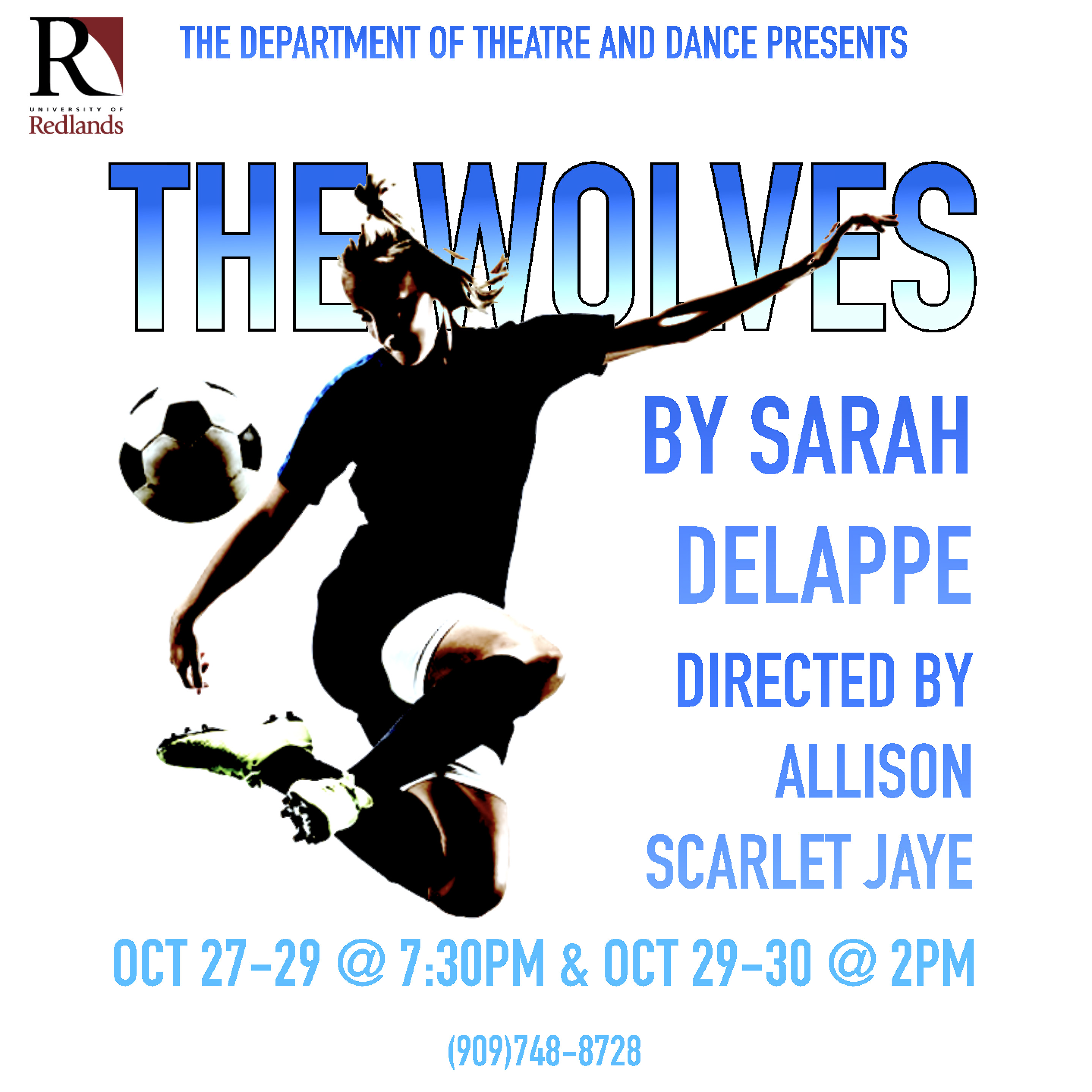 Pulitzer Prize finalist The Wolves is a bold and moving play by Sarah DeLappe. Featuring female-presenting characters (comprised of nine adolescents and one briefly-seen adult), The Wolves chronicles six Saturday mornings in the lives of a soccer team somewhere in suburban America as they prepare for their games. The players, each only referred to by their team number, discuss everything from genocide to menstrual cycles to drugs to boys (and girls!) to literature to each other. This group of individuals seem indistinguishable at first but quickly become identifiable and different. Funny, shocking, and emotional, The Wolves is a ferocious look at a group of young people coming of age in society today.

Appropriate for high school age and older. Some content may be sensitive for younger people.

Saturday 10/29 at 7:30pm will have an ASL interpreter available for deaf & hard of hearing patrons. Please email melanie_luine@redlands.edu if you are attending and would like to utilize these interpreters.

An Evening of Ten Minute Plays

1 night only! A wonderful mix of five amazing 10 minute plays! Different styles and genres. Some comedic, some dramatic, something for everybody! 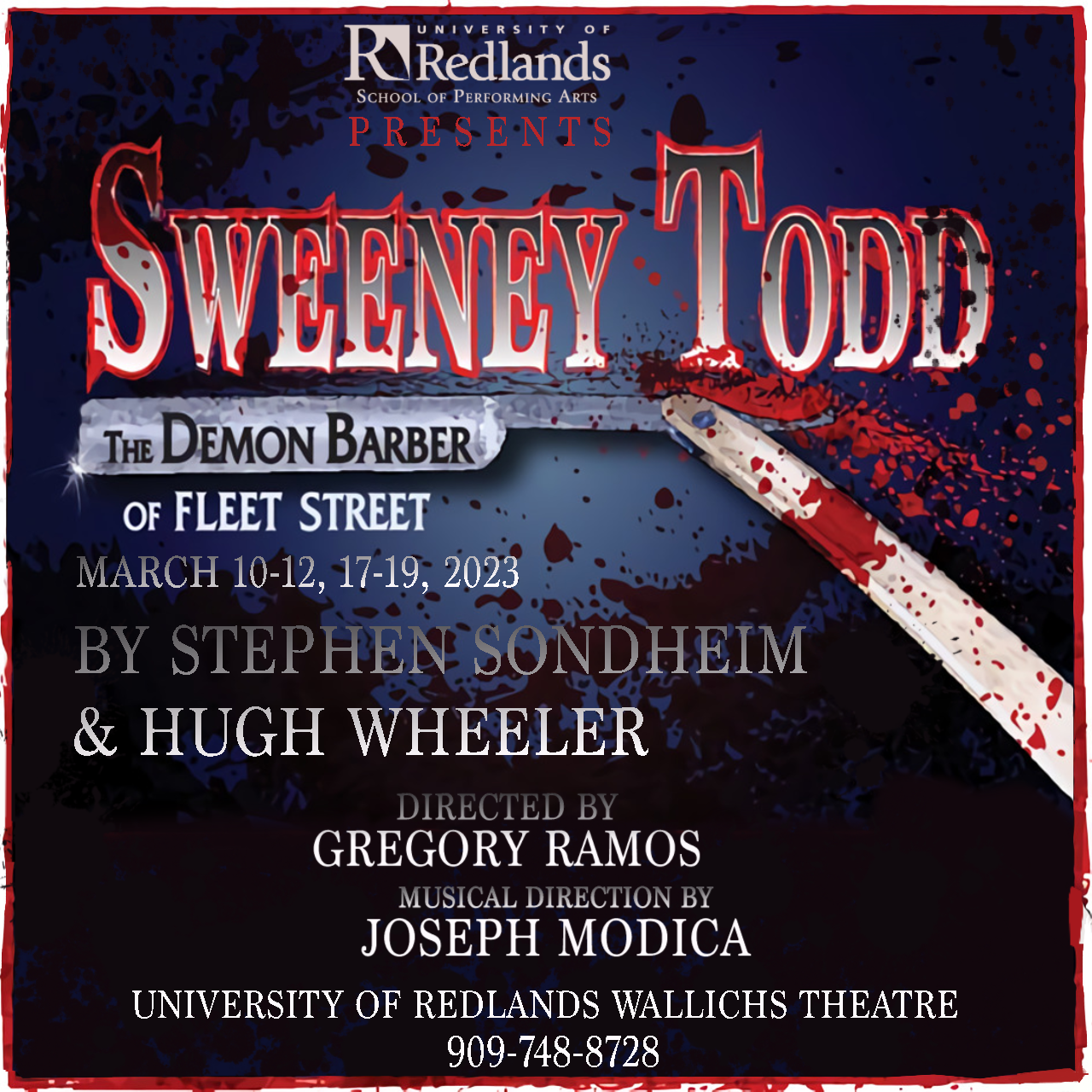 One of the darkest musicals ever written, Sweeney Todd: The Demon Barber of Fleet Street is the unsettling tale of a Victorian-era barber who returns home to London after fifteen years of exile to take revenge on the corrupt judge who ruined his life. When revenge eludes him, Sweeney swears vengeance on the entire human race, murdering as many people as he can, while his business associate Mrs. Lovett bakes the bodies into meat pies and sells them to the unsuspecting public. Perhaps composer/lyricist Stephen Sondheim’s most perfect score, Sweeney Todd is lush, operatic, and full of soaring beauty, pitch-black comedy and stunning terror. It’s one of the signal achievements of the American musical theater of the last fifty years, and the high-water mark of Sondheim’s remarkable contributions to the American Theatre. Appropriate for high school age and older. Please be advised the play contains theatrical depictions of murder and violence.

Audition Information for the School of Performing Arts, Department of Theatre and Dance Productions and Conservatory of Music Ensembles, can be found here.