Activist to address transgender and immigrant rights during conference 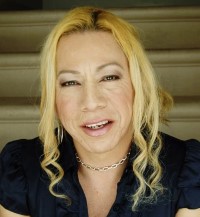 Bamby Salcedo, an activist for LGBTQ and immigrant rights, will give the keynote address for the eighth-annual Women, Gender and Sexuality Studies Student Conference.

The all-day event, scheduled for March 18 at the Orton Center, is a forum for students of all majors to share their work on women’s and gender issues.

“There are lots of students who don’t major or minor in women, gender and sexuality studies but still take courses in the field and do very interesting research,” said Professor Jennifer Nelson, director of the Women, Gender and Sexuality Studies program. “We wanted a forum to show off their important work as well.”

The name of the conference included the word “sexuality” for the first time this year and accepted work on sexual identity because interest in the topic is growing among the students.

Organizers hope to highlight issues affecting the transgender community this year—and that’s where Salcedo comes in.

She grew up in a poor home, the daughter of a working mother and a sexually abusive stepfather. She got involved with drugs and crime and, after moving to the U.S., she spent much of her early adulthood in prison.

When she decided to reform her life, she made it her mission to help people like her—people who grew up in a tough situation.

Since then, she founded a group for transgender Latinos called the TransLatin@ Coalition, created a runway show for transgender and gender nonconforming youth called Angels of Change and was the subject of an award-winning documentary called Transvisible: Bamby Salcedo’s story.

Leading up to the conference, Women, Gender and Sexuality Studies held a contest asking students to create art for the conference’s flier. 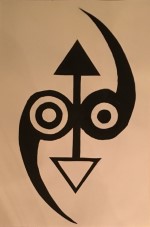 “When I began work on my design, I wanted to make something that encompassed what I think it means to be a woman,” she said. “Strength, independence, beauty and nurture were a few words I went with.”

The conference was timed for March to celebrate Women’s History Month. It’s free and open to the public.