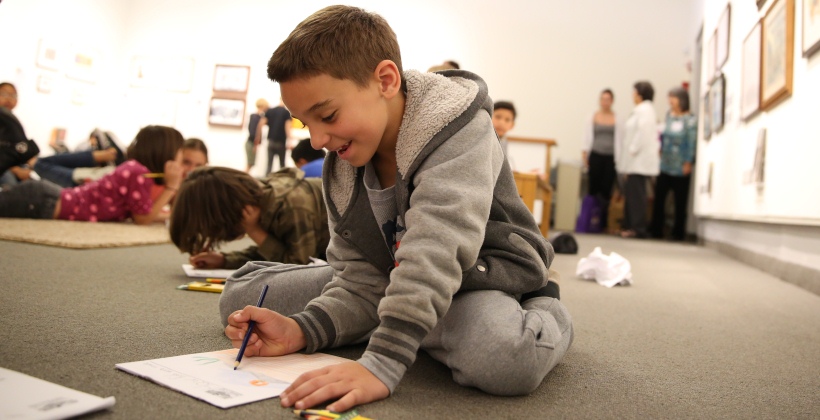 Can children’s books save the world? Yes they can, but only if they motivate young readers, said Newbery Medal-winning author Linda Sue Park during her keynote speech at the University of Redlands 20th annual Charlotte S. Huck Children’s Literature Festival.

After she wrote her 2010 novel A Long Walk to Water, a true story of one of the “Lost Boys” of South Sudan who grew up to head a nonprofit that drills wells in that war-torn nation, her young readers raised more than $1 million for the organization. This paid for 60 wells that each serve about 2,000 people.

“So, hundreds of thousands of people now have clean water who never had it before because some kids here in the United States read a book,” Park said.

The festival, which ran Feb. 26-27, included book signings, meet-and-greets with well-known authors and illustrators, an exhibition of original art from children’s books and 29 breakout sessions with experts.

In one of Friday’s workshops, children’s book illustrator Jerry Pinkney, along with author and illustrators Debra Frasier and Kevin Henkes, talked about the roots of their inspiration and how they use their art to enhance a story.

“The text is always the springboard,” said Pinkney. “I always let it dictate the process. I’m always looking for it to tell me if the illustration needs to have more clarity or be more impressionistic.”

Each illustrator on the panel took a different path to find their calling.

For Pinkney, it was about seeking calm in a chaotic world. Growing up in a small house with many energetic occupants, he said, he needed a safe harbor.

“In the act of drawing, I found my own world. It was a safe place for me that kept me centered.”

Several of Pinkney’s original paintings were among the 48 pieces on display in the Gallery, which hundreds of third-grade students from local schools visited through the event.

During each visit, the students listened to an introduction to the art, did a “scavenger hunt” for paintings cryptically described on a list, and then they lay on the floor to try their own sketches.

“The thing I like most about (the event) is for many of these children it’s the first time being in an art gallery,” said Zora Charles ’70, the curator of the exhibit.

The students chatted and smiled Friday morning as they scratched out drawings inspired by the works around them.

“I think (the art) is really cool,” said Zechariah Saha, an 8-year-old McKinley Elementary School student. “The art has a lot of flowers and the animals look really good.”

The event has the extra benefit of getting students excited about college, said teacher Kelly Napoletano.

“They learned the OchTamale so they’re excited to go outside and practice it,” she said as her students explored the Gallery.

Many of the attendees were librarians, bookstore staff and other professionals involved in children’s literature.

Jennette Neville, a librarian with High Point Academy in Pasadena who attended a workshop on how to incorporate music with storytelling Friday morning, said she was impressed with the festival.

“The caliber of authors and illustrators they get here is incredible,” she said. “I’m here starry eyed.” 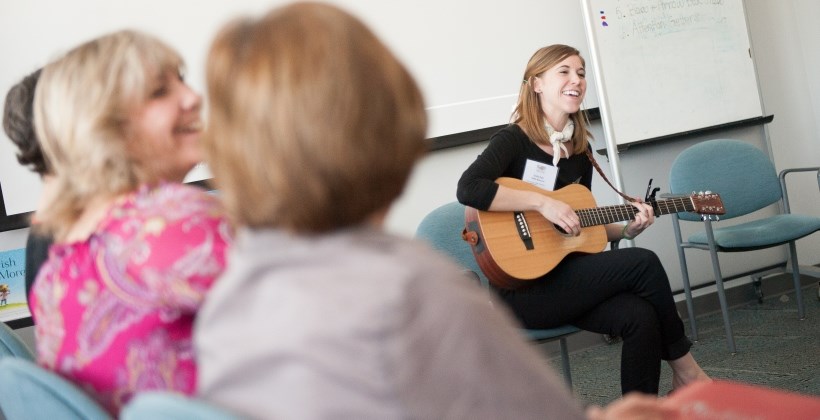 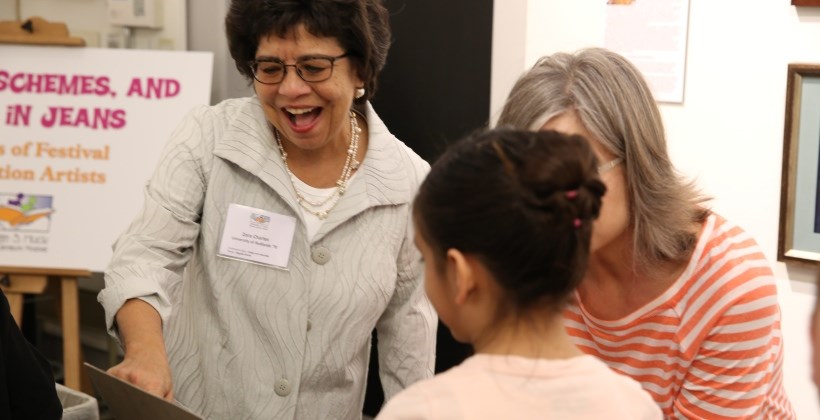 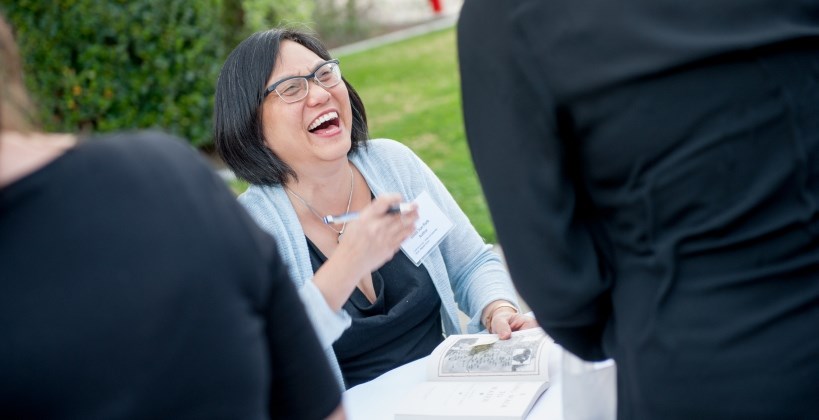 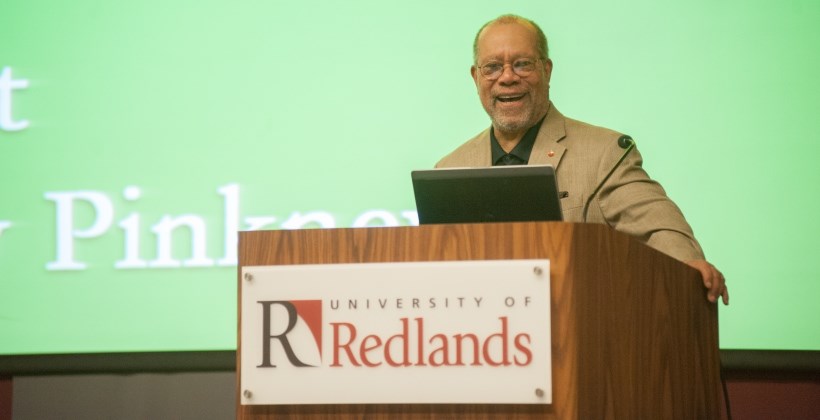 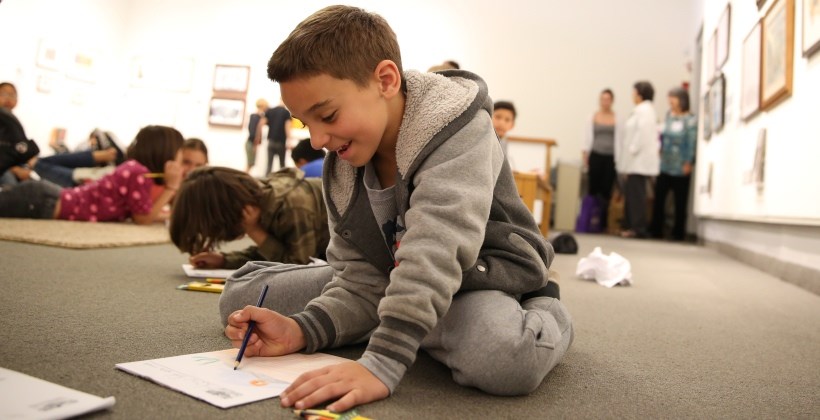