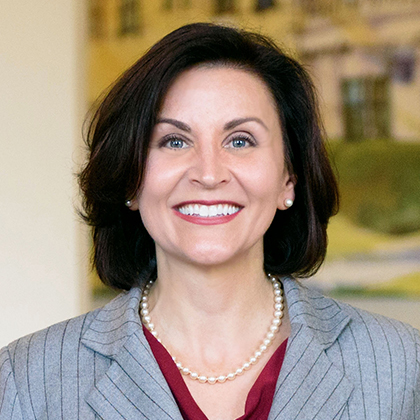 Krista L. Newkirk spent her formative years on a cattle ranch in Missouri before attending the University of Missouri’s Honor College on scholarship.  After two years there, she transferred to the University of Nebraska-Lincoln, where she graduated one year later in the top five percent of her class with a Bachelor of Arts in English and a minor in Philosophy.  She went on to earn her Juris Doctor degree from the Marshall-Wythe School of Law at the College of William & Mary.

While in law school, Krista served as editor-in-chief of the William & Mary Journal of Women and the Law and as a teaching assistant.  She received the Marshall-Wythe Gambrell Professionalism Award and was selected the Outstanding Woman Law Graduate by the National Association of Women Lawyers. During her time in law school, Krista also served as an intern at the Newport News Commonwealth Attorney’s Office, where she worked with victims and witnesses, negotiated outcomes for the Domestic Violence unit, and prosecuted cases, including felonies. She worked for several years as an attorney in both private practice and at a Fortune 300 company.

Krista joined the Office of Legal Affairs at the University of North Carolina at Charlotte in 2003.  In that role, she provided legal advice to the Chancellor, the Board of Trustees, and faculty and staff on a wide range of legal topics, as well as managing complex litigation. During this time, Krista was selected by her peers as a Legal Elite in the corporate counsel category by Business North Carolina in 2010, was a graduate of Leadership North Carolina’s Class XIX in 2012, and served on a number of boards, including as Chair of the Education Section of the North Carolina Bar Association, the Institute for Social Capital which she helped to establish, and the Women + Girls Research Alliance.

In 2012, Krista became the Chief of Staff at UNC Charlotte.  As Chief of Staff, she assisted the Chancellor in addressing the major issues confronting the University, managed large-scale projects that crossed divisions, organized the start of the University’s football program and aided in the related conference change, provided coordination for the achievement of strategic goals and initiatives, oversaw the strategic plan development and execution, ensured that analyses were completed to facilitate timely and effective decisions, developed the agendas of the Board of Trustees, and reviewed the annual budget allocations.

Krista assumed the presidency of Converse College in 2016. Under her leadership, Converse enhanced its financial, academic and cultural strength. Her accomplishments spanned developing an innovative strategic plan; launching its first doctoral degree program; expanding its master’s degree offerings; opening an extension campus; celebrating the 50th anniversary of Converse’s enrollment of African American students in a year-long celebration; establishing a campus Unity in Diversity Committee which developed a targeted strategic plan which in part implemented a restorative justice model for incidents of discrimination; expanding athletics to include teams for Field Hockey and Acrobatics and Tumbling and five new men’s programs as well as Esports; and reaching record levels of Annual Fund giving and other fundraising. In addition, Krista led Converse through a thoughtful, research-driven, and collaborative process that resulted in one of its most transformative decisions: to add a coeducational residential college in the fall of 2020, to change its name to Converse University on July 1, 2021, and establish the Converse College for Women. 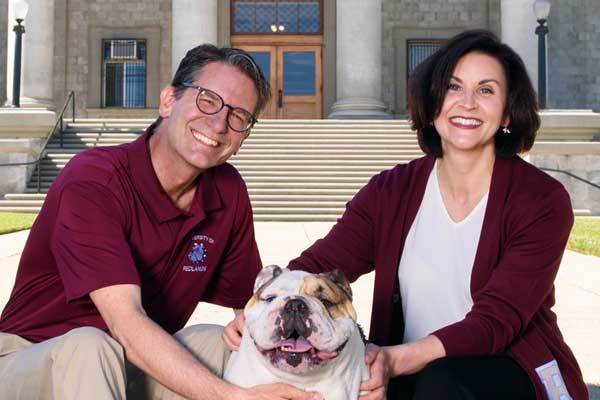 In 2020 Krista was honored as one of the 50 Most Influential People and one of the 25 Women of Influence in the Upstate of South Carolina and was named a Woman of Achievement by the Spartanburg Herald-Journal in 2018.