Her Excellency Dr. Joyce Banda to speak at U of R Homecoming

The former president of the Republic of Malawi is an entrepreneur, activist and politician who has been regarded as Africa’s most powerful woman. 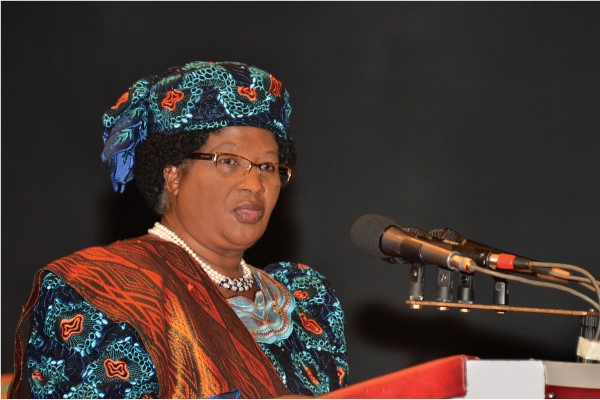 Her Excellency Dr. Joyce Banda, a champion for the rights of women, children, the disabled and other marginalized groups, will speak at the University of Redlands during its homecoming celebration at 3:30 p.m., Oct. 22, 2016 in the Memorial Chapel on the Redlands campus.

Co-sponsored by ASUR Convocations and Lectures and the Cummings Peace Lecture Endowment Fund, the event is open to the public. Tickets, however, are required.

Banda served as the first female president of Malawi, Africa from 2012-2014, during which she is credited for turning around an economy that was on the verge of collapse. Her economic reforms saved and ultimately grew Malawi’s economy.

A strong advocate for women and girls’ emancipation and empowerment and a prominent civil rights campaigner, she founded the Joyce Banda Foundation International, which has guided projects from empowering women to providing education for orphans and benefited more than 1.3 million people in Malawi.

Banda is also currently focusing on supporting women’s leadership in the public sector as a distinguished fellow at the Woodrow Wilson International Center for Scholars.

WHAT: Her Excellency Dr. Joyce Banda to speak at U of R Homecoming