Three qualities a president must have

Pulitzer Prize-winning author Jon Meacham talks about what voters should look  for in a president.

When voters choose who they want in the Oval Office, they should look for three qualities, says author, presidential biographer and Pulitzer Prize-winning journalist Jon Meacham.

Those qualities are: a sense of proportion, humility and empathy.

He argued that a president’s temperament is the most important qualification—more important than political issues. “Their policy positions will change, but their character will not,” he says.

A president who has a good sense of proportion will likely handle situations more judiciously, he says. When Pearl Harbor was bombed, Franklin D. Roosevelt gave public speeches every day following the event, but he refrained from bringing Germany into the conversation because he knew a lot of Americans favored staying out of the European conflict. Then, a few days after the attack, Germany declared war on the U.S. Only then did FDR begin talking about Germany because public opinion had changed, and Americans wanted war against the Nazis.

A president who is humble will receive guidance more readily than one with a big ego. John F. Kennedy was an exemplar of humility, Meacham says. During the Cuban Missile Crisis, Kennedy went to former president Dwight D. Eisenhower for advice. This was difficult to do; JFK and Eisenhower ran an unfriendly campaign against each other. But Kennedy humbled himself for the sake of getting guidance, and Eisenhower’s advice helped the president negotiate a peaceful resolution.

A president with empathy is going to work better together with other world leaders, Meacham says. George H.W. Bush was one such president. When the Cold War ended with a victory for the U.S., many American politicians urged Bush to announce their triumph with fanfare. Bush refused because he knew that would make Mikhail Gorbachev’s job harder. Gorbachev was already resisting pressure from Soviet hardliners who didn’t want to negotiate with the U.S. If America had trumpeted its victory, the hardliners may have bristled, and Gorbachev may not have been able to continue peaceful negotiations. 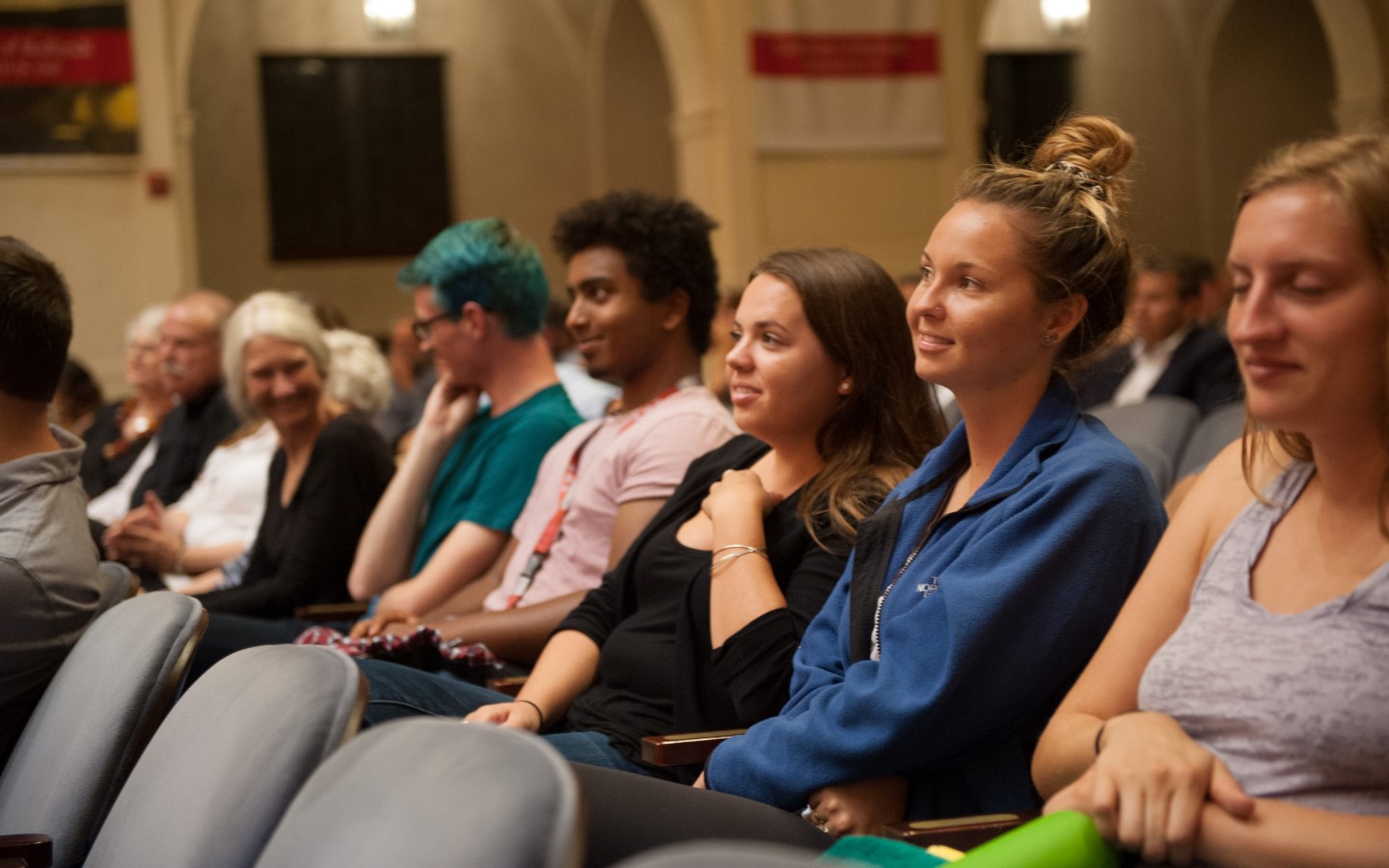 Meacham ended the talk by answering questions from the audience and reminiscing about doing research to write his latest biography on George H.W. Bush, Destiny and Power: The American Odyssey of George Herbert Walker Bush.

He never said which presidential candidate he favors, but he did say Donald Trump’s candidacy was unprecedented because he is a political outsider. “One way of thinking about it is a hijacker got onto a plane and the passengers sided with the hijacker,” he says.

“Their policy positions will change, but their character will not."—Jon Meacham