Recent graduate Katherine Heaton will spend a year in France assisting an English teacher on a Fulbright scholarship. 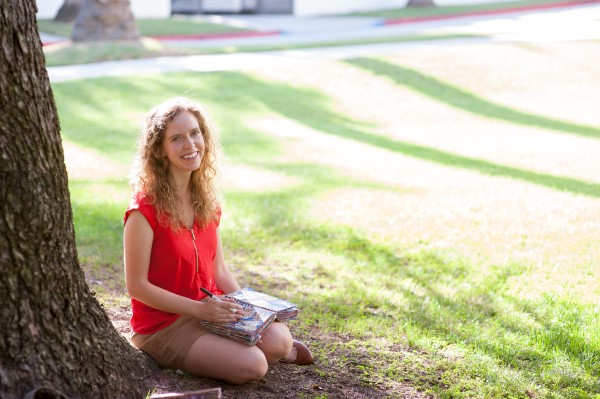 When the opportunity to apply for a Fulbright award presented itself, Katherine Heaton ‘16 asked herself, “why not?” She knew Fulbrights weren’t often awarded to sociology majors, but the recent Redlands graduate hadn’t yet shied away from a challenge.

Her tenacity and hard work paid off. Heaton will spend the next year in France as an English teacher’s assistant at Lycée Albert Schweitzer in Mulhouse. In addition to improving her French—she hopes to be fluent when she returns—and exploring the region—Mulhouse is close to the borders of Germany and Switzerland—Heaton says she wants to “help the students, grow myself and hopefully grow together.”

“An exceptional young woman; she is pure of spirit, thriving most when she can help others,” says Mara Winick, professor of organizational behavior and theory. “She envisions possibility where others would not have the courage to explore. Kate will make the world a better place wherever she goes.”

France isn’t “foreign” to Heaton. She spent a semester abroad studying in Paris, where she immersed herself in art, especially the impressionists, and “loved the experience of going to museums on my own, and being able to just take it all in.” 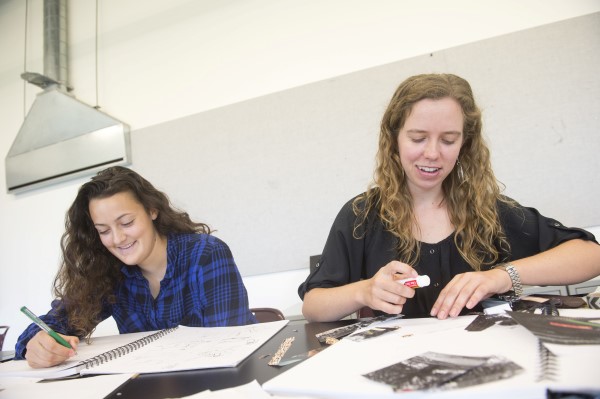 Before Paris, and before Redlands, Heaton applied to 27 outside scholarships, and received 13. The beautiful campus, small class sizes and accessibility to professors won her to Redlands, where although she was previously “certain” she wanted to go into the special education field, taking classes opened her eyes to other areas.

She ultimately majored in both sociology and French. “I was interested in studying other populations that I could work with,” she says. “I thought sociology was the perfect step to explore different social groups and organizations of society. There’s freedom to study what you’re interested in, and there are so many paths to take.”

Heaton was the first sociology major to receive the Hanson Summer Service Grant, through which she spent two summer months in Cambodia in 2014 teaching multimedia art journaling to children who are either HIV positive or have lost their parents to AIDS.

She says the journaling is one of her passions. “It is self-expression through any and all media—writing, collaging, painting, drawing—where you can put in your ups and downs, your hopes and dreams,” she says, hoping she’ll be able to share this passion with the students at Mulhouse.

Professor Jack Osborn, Fulbright Program advisor at the University, says he enjoyed working with Heaton on her application and through the process, and considers her “a master at articulating her thoughts in print.”

“The two essays, each limited to 500 words, are very challenging, as the successful students have to make themselves leap off the page and talk on a one-to-one basis with the Fulbright interviewers,” he says.

What does the future hold for Heaton? She’ll consider all of the opportunities in front of her and those not so obvious as well.

Heaton is the 21st Redlands student to receive a Fulbright award in the past eight years. The University of Redlands was recognized as a top Fulbright producer in 2015-16.

"She envisions possibility where others would not have the courage to explore."—Professor Mara Winick