4 May Term classes you won't find anywhere else

One thing that makes a Redlands education distinctive is its May Term, which allows students to immerse themselves in a subject during an intensive four-week course. Some of the 120 classes are similar to what’s offered during fall and spring, but some are well off the beaten path.

Here are a few we think you’ll find interesting.

In his May Term course, History of Wine, each lesson is washed down with a variety of wines from around the world. “What I’m trying to do is make people more comfortable with wine and more educated about it, and more comfortable with dining out,” says Southworth, a speech and debate professor in the History Department. “If you’re going into business or into the real world, it’s useful knowledge to have.”

He begins each course with a history of the people in a wine-producing region, such as France or Greece. Then they talk about the history of wine in that region. Lastly, they hold a tasting along with some hors d’oeuvres chosen to compliment the wine.

The class goes through about 112 bottles during the four-week term, which Southworth scouts out and selects by hand. “It’s an awful lot of work,” he says, “but it’s my passion.”

How the rise of the internet has changed people’s lives is obvious; How it’s affected death is more obscure but just as dramatic, says Kevin O’Neill, professor emeritus of philosophy. 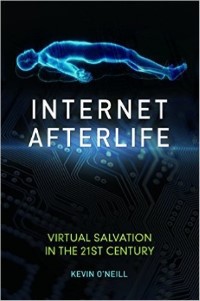 His new course, Internet Afterlife, explores how the internet, with its seas of photos, videos and blogs frozen in time, has affected what it means to be dead. “Once you go online, you’re there forever… there’s a kind of timelessness,” he says.

The O’Neill’s May Term course is designed as a compliment to his new book, which goes by the same name as the course. In the book, O’Neill describes much more change that’s on the horizon.

Students in the class learn about companies that are working on technology to digitize a person's likeness, complete with an artificial personality, so the living can interact with their loved one on a computer after the person is gone.

The class culminates by looking at companies that are conceptualizing ways to digitize someone's personality not just superficially, but by creating an exact digital replica of the person’s brain, so when a person dies, they can throw the switch and a computerized version of that person will live on.

O’Neill asks his students, will this computerized creation, with its self-awareness and identical memories and cognitive abilities, be a replica or a new incarnation of that person? “We don’t know. We really can’t answer that question,” says O’Neill. “If I ask you if you’re you, and you say yes, how would I know if it’s not true?”

In her new May Term class, Reading Comics and Culture, King shows how this literature—overlooked or disregarded by many scholars since its creation in the ‘30s—is packed with meaning. “Even if these texts are viewed as just entertainment, the interpretive tools of the humanities enable us to look critically at what comics can tell us about history and society and philosophy,” she says.

The class studies Superman as an example. He was created by two Jewish Ohio teenagers, and the hero’s struggles reflect their creators’. Superman came from another planet, making him an outsider, and he struggled to fit in while trying to be a benefit to his adopted society.

She then introduces her students to the Fantastic Four, Spiderman, and the Hulk and their connection to post-World War II anxiety. These characters were created in the wake of the bombing of Japan, all of these heroes got their unwanted powers from exposure to radiation. This, says King, reflects how anxious Americans were about the new reality of nuclear warfare.

Her class also looks at comics that deal with political structures and moral questions. The Watchmen, for example, presents a balance of power dilemma.  She asks her students, what is the role of the superhero in relation to a government, and who will watch over those with tremendous power to make sure they use it for good?

“Literature is a kind of laboratory for philosophy as well as social change,” King says, “a way to experiment using fictional characters.”

Tim Rogers has a mission: to show his students they can grow food even if they’re living in a city.

His new May Term course, Urban Gardening, teaches the skills needed to grow produce no matter what the environment. “The majority of humans now live in urban areas,” Rogers says as he sifted sifts through a box of compost at the Sustainable University of Redlands Farm on the northern edge of campus.

The two-acre plot just north of the Brockton Avenue Apartments is where Rogers teaches his classes. Students get their own plots and learn to garden by getting their hands dirty.

“Most people learn gardening hands on," he says. "Stuff needs to be done so you show up and do it.”

During May Term, Rogers, a coordinator in Community Service Learning and the head of Sustainable Gardening, also leads trips to both traditional and urban gardens.

One highlight is a Redlands family that makes a living off its “farm,” an average-sized residential property that’s been converted to be a small but efficient food producer. “It looks like a typical suburban yard,” he says, “ but when you look closely, all their trees are fruit trees, all their bushes are herbs and all their groundcover is vegetables.”

Bill Southworth is a professor of Speech and Debate. He is a renowned expert on debate and public speaking. He teaches numerous courses on speech as well as history courses on wine and the Kennedy family.

Philosophy Professor Emeritus Kevin O'Neill's expertise is broad, and over the course of his long career he has taught courses on just about every branch of the subject. One subject that has always piqued his interest is death and the philosophy surrounding it. He teaches two courses dealing with the subject: Postmodernism and Death and Internet Afterlife. 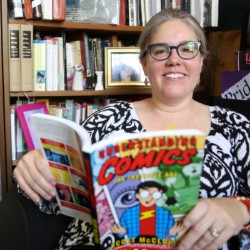 English Professor Heather King may be best known for teaching courses in 18th-century British literature, but there's a kid in her that loves to read fairy tales and comic books. She teaches Reading Comics and Culture and will soon be teaching a new course on Harry Potter and other fantasy tales. 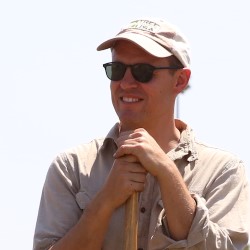 Tim Rogers is a coordinator for the Community Service Learning department and an expert in sustainable gardening. He manages SURF—Sustainable University of Redlands Farm—where he teaches a May Term Urban Gardening course.