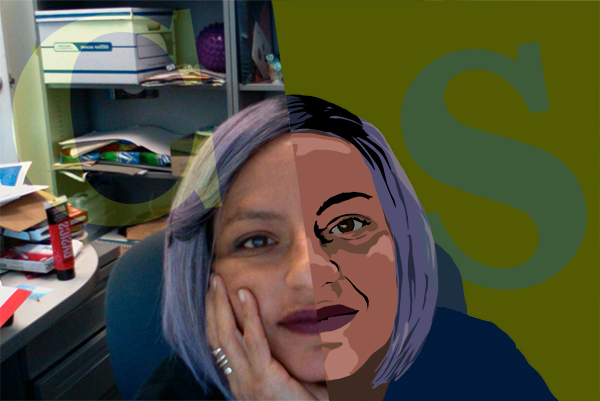 Anna M. Gaitan is a printmaker, graphic designer, and educator living in Southern California. She has exhibited work in the United States and internationally. Her work is sparked by Mexican and Chicana/o culture, rasquachismo, history, and activism while focusing on human interaction and behavior.

Every summer I collaborate with a group of artists to produce projects which are installed, mailed, or activated in response to ongoing and serious issues. The topics we tackle are usually those of injustice, social inequities, racism, and environmental politics. As a collaborative and clandestine movement, the work is rarely presented or marked with the intent of notoriety or sale. This summer, the COVID-19 pandemic changed everyone’s lives. The method in which we usually produce work had to evolve into something else.

This year I am able to share some of this work because I collaborated (in a computer-distant manner) with only two other group members on a special mask project. They are okay that I share my contributions to the project. We produced a series of “wear a mask” posters which were installed throughout the Southern California area in places of business. We installed them in the early morning hours. How mask-wearing has continued to be a politicized thing is still beyond me. These are the most polite and non-profanity based posters I designed.

The second project was to support activists who marched in response to the murder of George Floyd. I was asked to design a poster to be printed, shared, and carried by an organization of Chicana/o activists. It is still not easy to look at the face of Mr. Floyd and not feel absolute rage and sadness. I can’t help but feel for him, his family, and the countless other people of color who are harassed and/or die at the hands of the police. c/s