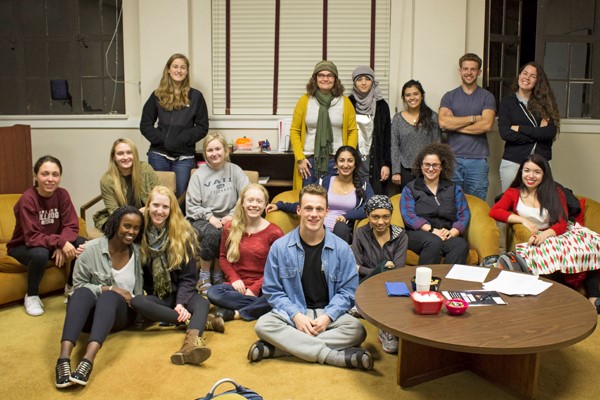 Future policymakers, anthropologists, sociologists, musicians and scientists were among the 15 sophomores recently named as the next cohort of Proudian Interdisciplinary Honors Scholars at the University of Redlands.

“Proudian is about building a cross-campus, interdisciplinary community of high-achieving, intellectually ambitious students who stu 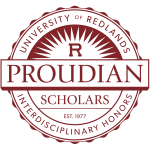 dy, learn and experience together, on campus and off,” says Kathy Feeley, associate professor of history and director of the program.

Feeley and other committed faculty members will guide the scholars as they participate in interdisciplinary seminar learning and a symposium during their sophomore year, possible study abroad in the junior year, and thesis preparation and presentation in their senior year. The scholars will also work with peers from their and other Proudian Scholar cohort years.

The program has been described by its alumni as an opportunity “to study with other eager minds” and with courses that “take you to questions you never imagined.”

Biology major San Tun ’19, who is working toward a medical degree and specialty in oncology,  plans to combine study of biology and psychology, “more specifically, the impact of a life-changing diagnosis, such as cancer, on a patient’s family.”

Through the Johnston Center, Selena Phelps ’19 has designed a major in anthrozoology—the study of human-animal interactions and their implications: “There are biological, social, and ethical components, as well as representation of animal-related topics, in writing,” she says.

In addition to Tun and Phelps, the newest class of Proudian Scholars includes:

The Proudian Interdisciplinary Honors Program was founded in 1977 through a contribution from Andrew and Sallee Proudian to honor Andrew’s father, Vahe Proudian. Students are selected in their sophomore year through a process of nomination, submission of an academic essay and interviews with University faculty and current program scholars. Each year a significant number of Proudian seniors are elected to Phi Beta Kappa.

“Proudian is about building a cross-campus, interdisciplinary community of high-achieving, intellectually ambitious students who study, learn and experience together, on campus and off."