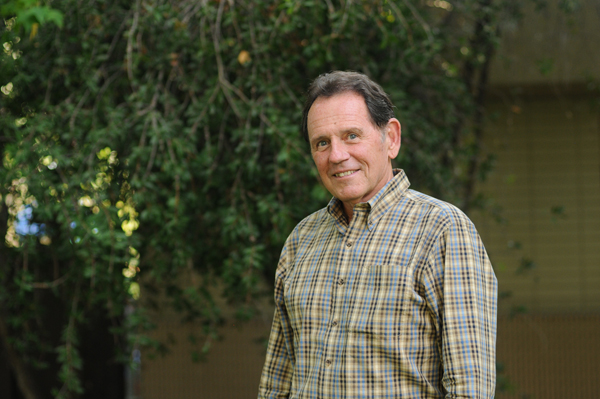 In his junior year at the University of Redlands, then-psychology major Michael Groher ’67, ‘68 was unsure of his career path until he took a professor’s suggestion to consider the field of communicative disorders.

Decades later, through leading international research, teaching and publications, Dr. Groher—now a professor and department chair at Redlands—has influenced a transformation of the role speech pathologists play in patient care and how the medical community evaluates, diagnoses and treats patients with swallowing impairments (dysphagia). By helping to establish a multidisciplinary intervention that includes speech pathology as a standard approach, Groher’s work significantly expanded the scope of treatment options for dysphagia patients.

“I’ve seen a lot of very positive changes,” Groher says. “Before 1983, if you had a swallowing problem in the hospital, you got a feeding tube. There were no real options. Now we know how to evaluate patients better and that sometimes the feeding tube might not be needed. If you have a swallowing problem, we now know it is a symptom of an underlying disorder. Before, a lot of people came away with no diagnosis and it was actually something that was treatable,” he says.

Groher says the multidisciplinary approach has also opened up the conversation about end-of-life care. “There are options now. A patient who has been diagnosed with multiple sclerosis or ALS or a similar condition knows they will eventually experience swallowing impairments. We can have the conversation early on, so the patient can make the decision his- or herself about if they will want a feeding tube or if they want the impairment to be managed with the techniques available.”

For his research, influence on patient treatment and care, and the foundational work of his books—including the 1984 multidisciplinary reference book and text Dysphagia: Diagnosis and Management, 1990 text Medical Speech Pathology, considered by many to be the first comprehensive text on the subject, and 2010 reference and text Dysphagia: Clinical Management in Adults and Children which was released in a second edition in 2015—Groher was recently awarded Honors of the Association, the highest distinction from the American Speech-Language Hearing Association (ASHA) –the national professional, scientific and credentialing association in the field.

Groher continued his education after Redlands at the University of Washington, where he worked toward his doctorate degree until interrupted by the Draft. After serving his country, he completed his doctorate and began practicing and researching in facilities across the nation.

He returned to the University of Redlands in 2004 as a professor, and assumed the role of chair in 2009 of the University’s Department of Communicative Disorders, which offers undergraduate and graduate programs. Groher also oversees the University’s Truesdail Center for Communicative Disorders, the nonprofit agency where, under the supervision of clinically certified faculty, graduate students in the department provide speech-language and hearing services to those with communication disorders.