Shelter Screening of 'Redemption: The No-Kill Revolution in America' 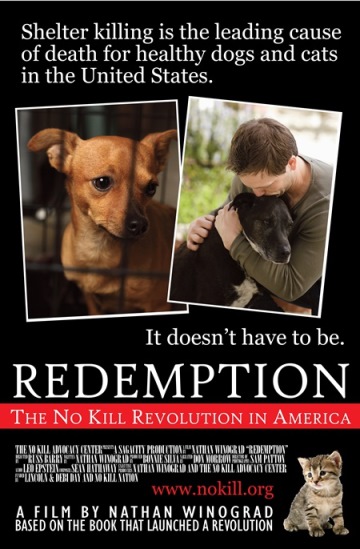 On Tuesday, January 26, the Human-Animal Studies Program at the University of Redlands will host a free screening of Redemption: The No-Kill Revolution in America, a new film by Nathan Winograd. Following the screening there will be a short talk by Winograd, as well as time for audience discussion.

A graduate of Stanford Law School, Winograd is a former criminal prosecutor and corporate attorney who has spoken internationally on animal sheltering issues. He has also written animal protection legislation at the state and national level, created successful No Kill programs and consulted with a wide range of animal protection groups.

His creation of the country’s first No Kill community was named one of the Top 100 achievements in the nation by Metropolitan Home in its “Best of the Best” issue. The Bark magazine calls him “the voice of America’s displaced pets and the conscience of the animal sheltering industry.” His book Redemption won five national book awards.

“We have the power to build a new consensus,” writes Winograd, “which rejects killing as a method for achieving results. And we can look forward to a time when the wholesale slaughter of animals in shelters is viewed as a cruel aberration of the past. We have a choice. We can fully, completely, and without reservation embrace No Kill as our future. Or we can continue to legitimize the two-pronged strategy of failure: adopt a few and kill the rest. It is a choice which history has thrown upon us.”