Each year the HAST program brings faculty, students, and community members together for a lecture series featuring world-renowned animal scholars and activists. These lectures (usually three per year) draw a mixed and lively audience of from fifty to one hundred fifty people. Past themes of the Series have included the mental lives of farmed animals, shared human-animal experiences at the margins of society, and living at the wildlife-urban interface. The lectures are followed by Q and A time and informal conversations.

Students are given the opportunity to make personal connections with our lecturers at dinners and beyond. Past speakers have included marine biologist Lori Marino, animal ethologist Marc Bekoff, Farm Sanctuary founder Gene Baur, and ecofeminist author Carol J. Adams. 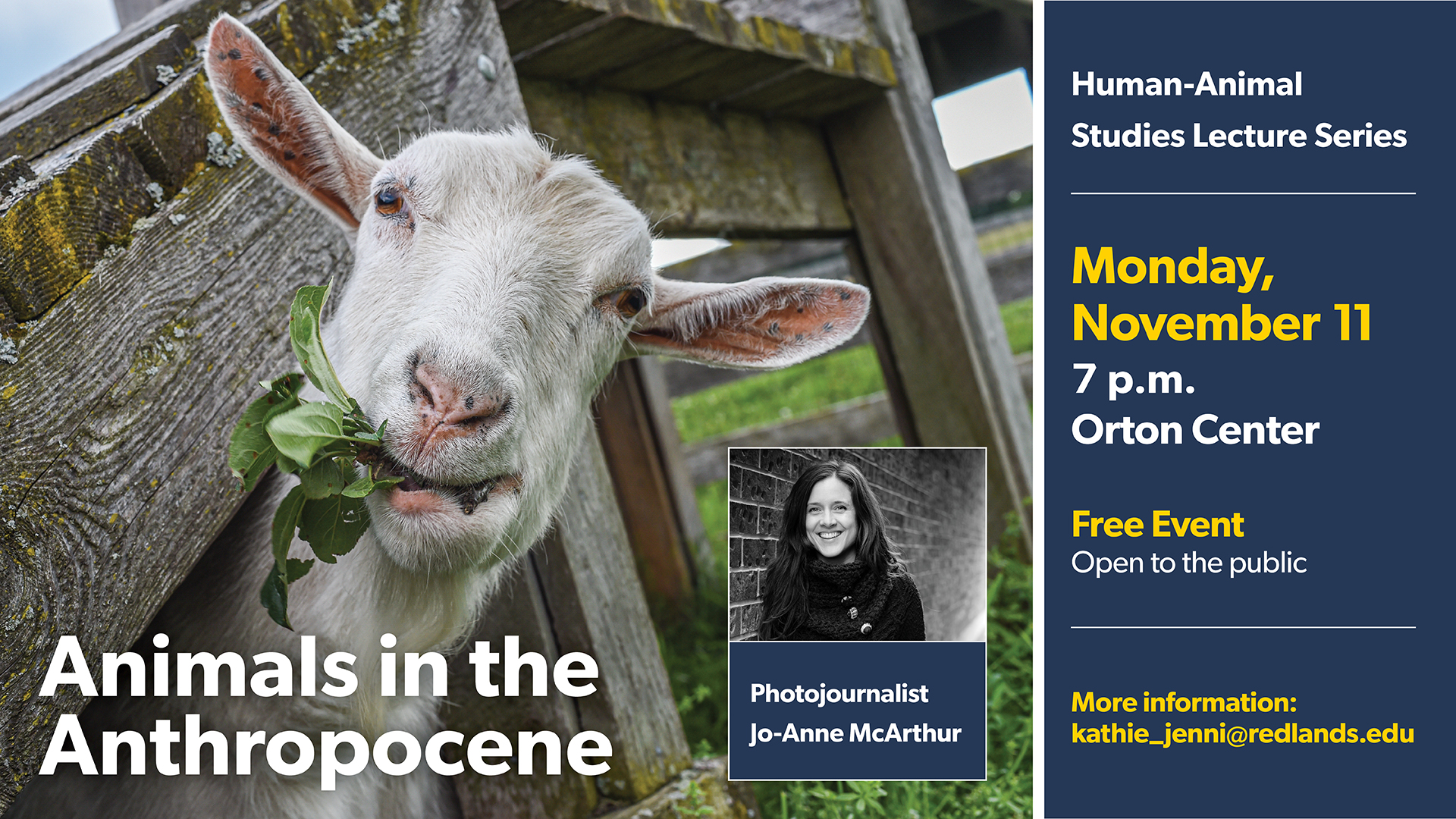 Jo-Anne McArthur is an award-winning photographer, author, and sought-after speaker. Through her long-term body of work, We Animals, she has been documenting our complex relationship with animals around the globe. Since 1998, her work has taken her to almost sixty countries. In 2019 she founded We Animals Media.

McArthur was the subject of the critically acclaimed 2013 documentary The Ghosts in Our Machine, which followed her as she documented the plight of abused and exploited animals and advocated for their rights as sentient beings.