University of Redlands Distinguished Fellow Eric Liu wants you to have civic power and to know how to use it.

Founder and CEO of Citizen University and former White House speechwriter, Liu brought his message to the Redlands Forum last Thursday evening, after spending the day speaking to students in first-year seminar classes and the School of Education at the U of R. 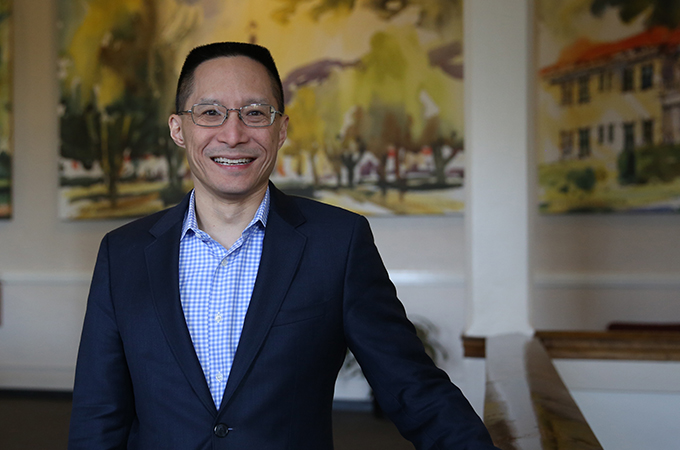 “I want to democratize the understanding of how power works,” Liu told the audience at the Redlands Forum, a cultural and educational series jointly sponsored by Esri, the University, and U of R’s Town and Gown.

Liu wryly defined “power” as the capacity to have other people do as you would like them to do—something he said humans in the company of other humans have been trying to do since the dawn of history. He urged audience members to put aside any qualms they had about naming power so they can take steps to remedy its inequity.

He went on to outline three laws of power in civic life:

Stemming from these three laws of power, Liu posited three rules for action:

Liu prescribed “radical inclusion” as a remedy for today’s political ailments. At Citizen University, Liu and his colleagues assist any political group that comes to them for help exercising civic power, as long as leaders commit to organizing at the grassroots level.

For more information on Liu’s point of view, check out his most recent book, You're More Powerful Than You Think: A Citizen's Guide to Making Change Happen (Public Affairs, 2017).

“I want to democratize the understanding of how power works."