The 10-week program gives students the chance to do some hands-on research during the summer and get paid for doing it. 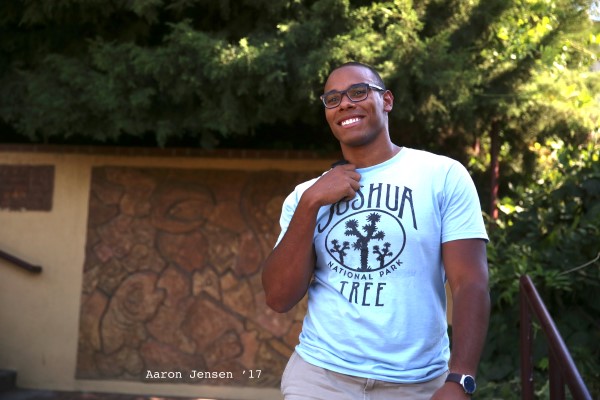 Chemistry major Aaron Jensen ’17 found a chemical in local lakes that is causing microscopic organisms to grow exaggerated female attributes. This may sound like a harmless issue, but it can have a major impact on local wildlife.

The chemical is called nonylphenol, a component to agricultural pesticide, and when it gets into an animal’s body it acts like estrogen. This not only makes the organism “hyper-feminine,” but it dramatically shortens the animal’s life span. Shorter life spans causes a decrease in population, which is bad news for the larger animals that feed on them.

“It could throw off the whole ecosystem,” Jensen says.

His project is part of the Summer Science Research program, a 10-week session that lets students get some intensive hands-on experience and work on a one-on-one basis with their professors. The program allows students to live on campus during the summer and receive a stipend for their work. “They could be going home and working for McDonald’s or they could be doing this research, which is good for their education too,” says Eric Hill, professor of physics and co-organizer of the Summer Science Research program.

Getting experience working in the field is vital for those hoping for a career in science, Hill says. “It’s unlike classroom courses where the professor knows what experiments they’re going to do and how they should turn out. That’s somewhat controlled,” he says, “but Summer Science Research is open ended. We don’t know what bumps are in the road, we don’t know where the road’s going to lead.” 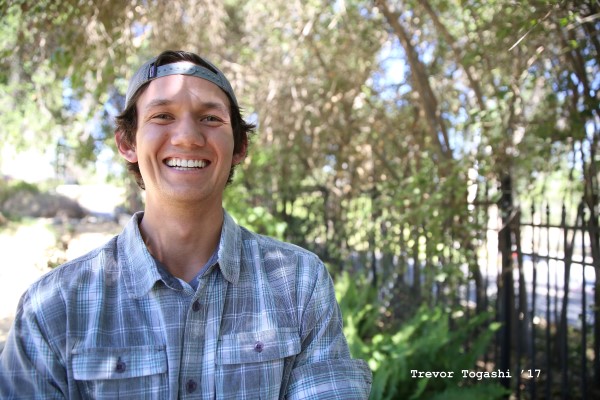 For Jensen’s project, he has traveled to all the major lakes of Riverside and San Bernardino counties collecting water samples while his fellow student, Trevor Togashi ’17, traveled the length of the state filling vials at obscure, hard-to-reach streams in the Sierra Nevadas. “Most of the agriculture in the state is in Central California, so that’s where I’d expect the biggest impact to be,” Togashi says.

Another student studying the environment is Scout Dahms-May ’17, an environmental science major and double minor in spacial studies and chemistry. She’s examining the effect of pollution on tree growth—specifically ponderosa pines in the LA-area mountains—under Hillary Jenkins, assistant professor of environmental studies. She spent the summer going on day trips to “core” ponderosa pines by drilling a thin tube into the center of the trunk and pulling out a sample of the wood. Then she takes the samples back to the University, analyzes the rings and compares them with pollution levels.

This type of research has taken her places she never imagined; She first started coring trees in Peru when she went with Dr. Jenkins to study how drought was affecting their forests. “I love it. I never thought of this kind of research before I got to University of Redlands,” Dahms-May says.

Jensen, Togashi and Dahms-May are three of 27 students participating in the program this year. Other students are studying the habitats of pack rats, light pollution in the Los Angeles Air Quality Basin, and human impacts on marine mammals off the Southern Californian coast, among other topics. 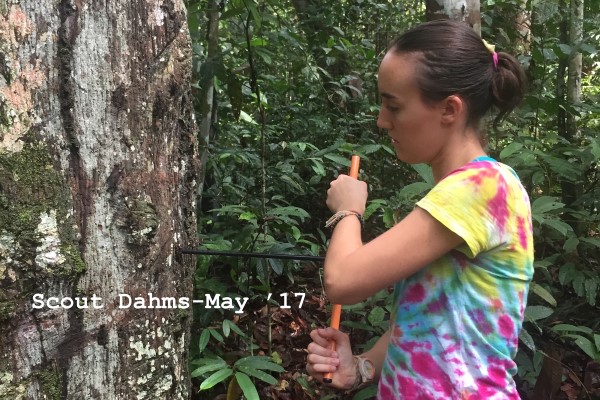 Students have to apply to enter the program, and the process is competitive. They meet with professors to discuss research ideas—usually topics the professors are working on—and explore how they might work together. The students then fill out an application, which is reviewed by the project’s supervisors.

The program benefits professors too, because the students work helps them with their own research, which they sometimes turn into articles for scholarly journals, says Rebecca Lyons, assistant professor of chemistry, who is working with Jensen on his project. “The other good thing that comes out of this is they sometimes come out being co-authors,” she says. “Then they can pretty much have their pick of grad schools.”

Students present their research during weekly “brown-bag lunch” meetings throughout the summer, during which they give professional-style presentations of their findings to faculty and peers.

At the end of the summer the students produce a poster and participate in an annual poster symposium, which gives them more practice sharpening their presentation skills. “For many, it is the first time they’ve ever had to get up in front of a crowd of people and discuss science and have the possibility of questions afterwards,” says Dr. Barbara Murray, the John Stauffer Director of the Center for Science and Mathematics and Professor of Chemistry. “They do an outstanding job, and I am always impressed.”

“I love it. I never thought of this kind of research before I got to University of Redlands.”—Scout Dahms-May ’17 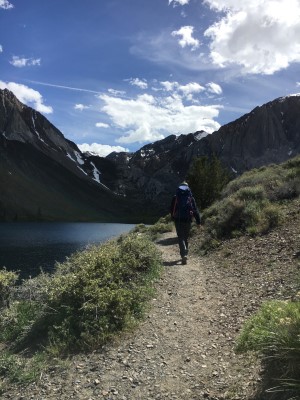 Trevor Togashi hikes out to remote rivers in the Sierra Nevadas as part of his Summer Science Research project. 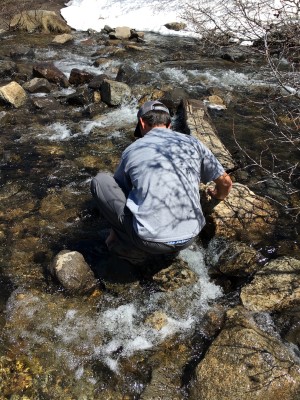 Togashi collects samples from these tucked-away bodies of water. 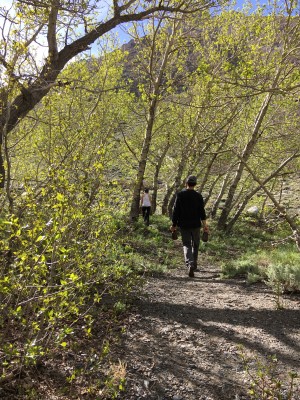 Then he hikes back to his vehicle with his samples in tow.