Government and public policy major Anne Thorson ’17 will serve as president of the student government for the 2016-17 academic year. 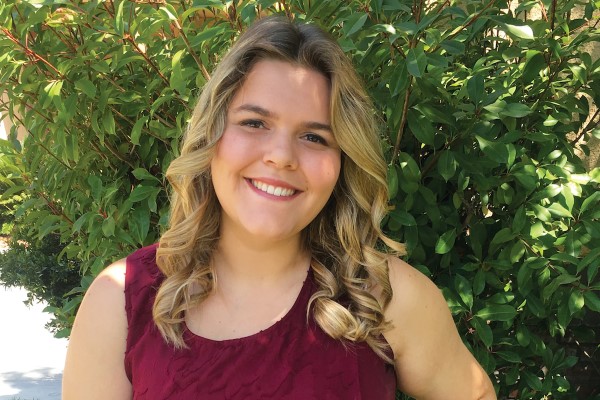 Anne Thorson ’17, a government and public policy major from Yucaipa, was voted in by a majority of the students to serve during the 2016-17 academic year.

“I know this year will be fantastic, and I can’t wait to get started,” Thorson says in an emailed announcement.

The ASUR president and vice president’s office is on the second floor of the Hunsaker University Center in the Student Leadership and Involvement Center and Thorson encourages students to come by any time. “Our door is always open,” she says.

ASUR is responsible for creating and maintaining programming such as Fallfest, Homecoming and Zanja Fiesta as well as attracting high-profile speakers to the campus.

"I know this year will be fantastic, and I can’t wait to get started." —Anne Thorson ’17