This mock trial captain hopes to use her experience to get a law degree and become an entertainment lawyer.

Liran Koropitzer ’19, of Irvine, Calif., hopes that her participation in the Mock Trial team will help her one day when she becomes an entertainment lawyer.

"I’ve known for a long time that I wanted to pursue law school, but in high school the timing never worked out for me to be involved," she says.

So at University of Redlands she decided to join Mock Trial, in which she serves as the captain of the B team.

"I absolutely love it because it fascinates me as well as gives me a family and a team on campus," she says. "I have never been too involved in sports, and Mock Trial feels like having a team. It’s definitely a brain sport—you have to be analytical, intelligent, and quick on your feet." 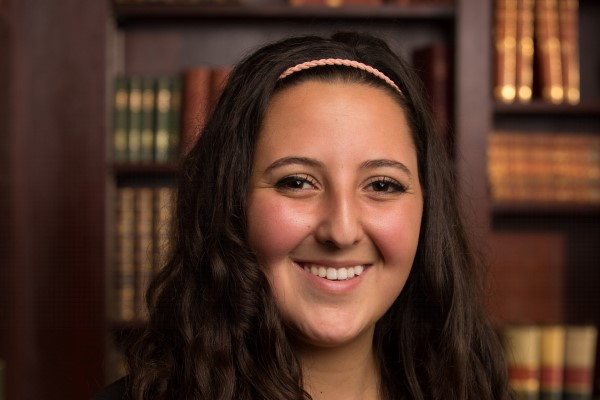 Liran is pursuing on a double major in political science and public policy plus a minor in French. She's also a member of the Student Senate—she's been appointed to next year's Student Executive Cabinet—and she's an active member in Hillel, the campus Jewish organization, and Roots and Shoots, an environmental club.

Some might find all these activities overwhelming, but Liran loves it. "I've been able to be involved in so many different aspects of student life and it's not even hard to balance," she says. "I have all these different groups with all these different niches but they all kind of mesh together."

"I have never been too involved in sports, and Mock Trial feels like having a team."—Liran Koropitzer ’19