This vocal performance and music education major chose the University of Redlands because she wanted personal attention from her professors.

Enya Murray ’19 sings like a bird, but she's not looking for courses she can fly through. In fact, she chose University of Redlands because the music program is so rigorous.

This double major in vocal performance and music education from Santa Cruz is a member of the University's Chamber Choir and SCAT, the vocal jazz ensemble. When she's not singing in those groups, she's hitting the books for her demanding music classes.

"I've just felt so immersed in music since day one. We started with choir auditions during the first week, and then we had music, music, music every single day and you just had so many music classes," she says. "With just the rigor of the program we have here I just feel I've been able to soar like I haven't been able to before." 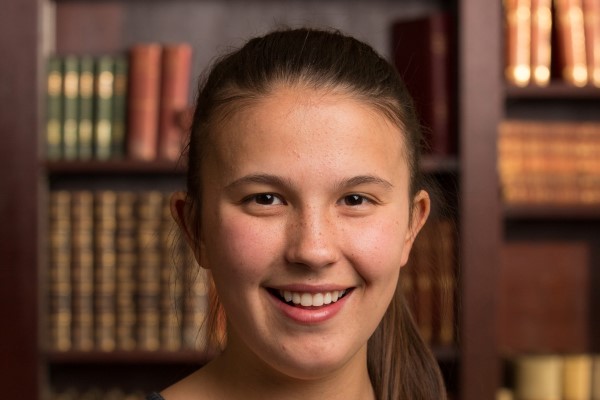 Music is Enya's life, so it was important that she chose a school where the professors were experts in their craft and could give her a lot of personal attention.

"I've been surprised by how much the faculty is willing to work with you," she says. "So if you have issues with a homework assignment or you don't understand it, you go and you say, 'I didn't get this,' and they say, 'Here, let me re-explain it and you can turn it in next class.'"

The professors are a big part of the reason she loves Redlands, but her fellow students are another reason. She likes the way the small size of the campus creates a sense of community. 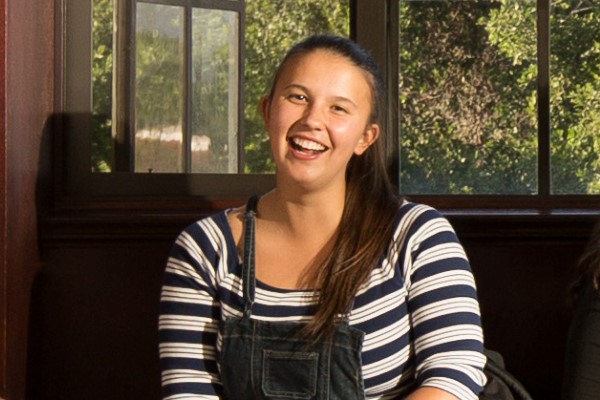 "I was looking at a lot of schools and a lot are really, really big schools—40,000 people, something like that. Then I found Redlands, which is a fraction of the size," she says. Since the school is relatively small, she sees many of the same people every day. "If you go to the Commons about 12:30 p.m., you'll see everyone you know there," she says.

Though Enya loves the campus, she believes in reaching out to the community outside the campus. She's a volunteer with the Redlands Youth Choir, which gives singers 5-16 years old the chance to work with faculty and University students.

"I want to be a choir director eventually, so while singing in a choir is a joy to me, working with a children’s choir is a real treat for me in a different way," she says.

"With the rigor of the program we have here, I feel I've been able to soar like I haven't been able to before."—Enya Murray ’19