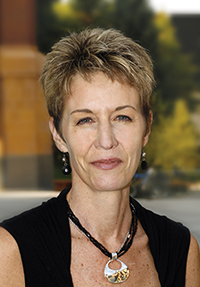 Following a national search, the University of Redlands has announced the appointment of Dr. Donna M. Eddleman as University dean of student affairs, effective August 7.

“Donna joins us as the first new dean to lead student affairs in 36 years, and thus, her appointment is historic in the life of the University,” said Ralph Kuncl, president of the U of R. “In Donna I foresee a dean, student advocate, and senior leader who will both look back at where we have come from, and forge forward with vision, strategy, and integrity to be a transformative leader in this new era for our students and for student affairs staff.”

Eddleman, who is currently vice president for student affairs at Manhattanville College, a private liberal arts college in New York, said, “I am incredibly humbled and excited to have been selected to serve as the University dean of student affairs at the University of Redlands. I look forward to cultivating meaningful relationships throughout the community, to exploring opportunities and possibilities that will differentiate the Redlands experience from other liberal arts institutions, and to advancing the needs and the interests of the entire student body."

At Manhattanville, Eddleman led the establishment of a center for inclusion and has chaired or served on task forces or committees examining campus culture, student engagement, and retention. Previously, Eddleman was deputy dean of students at New York University’s Abu Dhabi, United Arab Emirates campus, where she served the needs of students from 110 countries while guiding the daily operations of the 88-employee Campus Life Division.

Eddleman holds a doctorate in Educational Policy, Planning, and Leadership from the College of William and Mary; a Masters of Social Science/Human Resource Management from Utah State University; and a Bachelor of Arts in Psychology from State University of New York, Albany.

Charlotte Burgess, who previously held the dean of student affairs position, will become vice president for external affairs and dean emerita at U of R on July 1.