Two researchers at the University of Redlands will embark on a yearlong study to determine the role agriculture plays in the economic health of Indian reservations.

Funded by a $34,000 U.S. Department of Labor (DOL) grant—one of the first ever awarded by the DOL for research on American Indian labor—the study may inform the design of future economic stability programs for Indian country. It will also produce an economic database that can be accessed by tribal communities, scholars and the media.

“It’s commonly known that casinos have contributed to the labor situation on Indian reservations. How 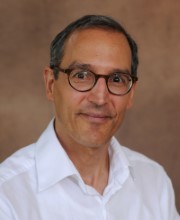 ever, little work has been done on the role agriculture plays,” says researcher Lawrence Gross, San Manuel Band of Mission Indians Endowed Chair of Native American Studies and member of the Minnesota Chippewa (Anishinaabe) tribe. “Yet, according to federal statistics, Indian-owned farms grew 124 percent from 2002 to 2007 alone.”

The study will analyze 25 years of economic data maintained by the Institute for Spatial Economic Analysis at the University of Redlands. The researchers will break down the data by ZIP code and then overlay it onto Indian reservation locations to track employment and income.

Their analysis will include reviewing data from the past three recessions to determine the overall resiliency of the reservation economies, as well as examining how agriculture may have contributed to that resiliency. 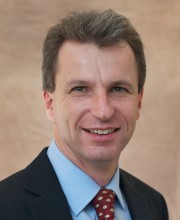 “By tracking agricultural employment through the last three economic recessions in Indian country, we hope to find out if and by how much agriculture provides a steadying influence on local economies as a whole on Indian reservations,” says Moenius.

“It’s commonly known that casinos have contributed to the labor situation on Indian reservations. However, little work has been done on the role agriculture plays.” —Lawrence Gross