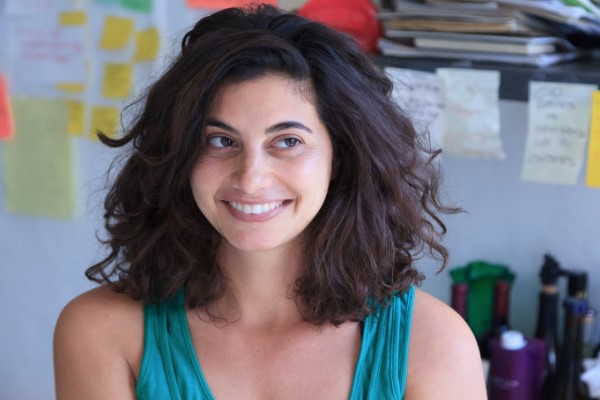 Comedian, filmmaker and alumna Jessie Kahnweiler '07 will present her film, “Meet My Rapist,” during a free, public screening 7:30 p.m., Nov. 16, at the University of Redlands.

The film screening will be followed by a presentation by Kahnweiler.

A dark comedy about a woman who spots her rapist at a farmer’s market,“Meet My Rapist,” emerged as a therapeutic way for Kahnweiler to process her emotions about having been raped years earlier while studying abroad in Vietnam.

She often draws her creative inspiration from personal experience, and has explored not only the subject of rape but also topics such as bulimia, romantic breakups and her Jewish identity. During her senior year at Redlands, Kahnweiler and a friend hitchhiked across the country to document the experience of America’s truck drivers for her senior thesis film,“Little America.”

“I never really set out specifically to do comedy,” explains Kahnweiler in a recent interview with Random Lengths News. "Everything I worked on always felt very personal, but it wasn’t until I started really taking on the issues of pain in my own life that I really developed my style.”

Her work has been featured in the New York Times, Cosmo, People, The Huffington Post, New York Magazine and more. Her latest project, a web series called “The Skinny,” debuted at the Sundance Film Festival and won a Webby for best dramatic series.