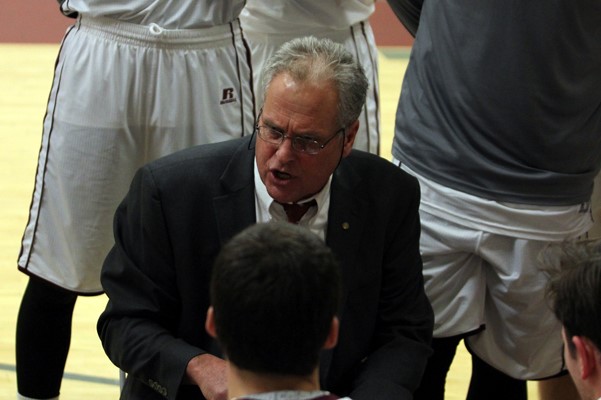 Ducey has been coaching men's basketball since 2007, just after completing a nine-year stint as the head coach of women's basketball. He also spent some time coaching tennis, first from 1992-1999, then again from 2004-2009.

Ducey is a Redlands alumnus, graduating in '78 with a BA in physical education and minors in art and geology. He was the men's basketball team captain during his time at Redlands, playing under coach Gary Smith—the man he replaced in 2007 when Ducey accepted the head coach position.

After college, Ducey became the head men's basketball at California State University San Bernardino from 1984 to 1991. He also worked with the tennis team, serving as the head coach for three seasons and the director for two.

His 200th win came in dramatic fashion: The Bulldogs were down by 17 points against their rivals, the Leopards, before pulling ahead and ending the game 78-76.

Read more about the winning game on the Bulldogs Athletics website.